“Enacting Landscape”  is the third and final part of the exhibition series “Disputed Landscape”, in cooperation with Kunsthaus Graz. 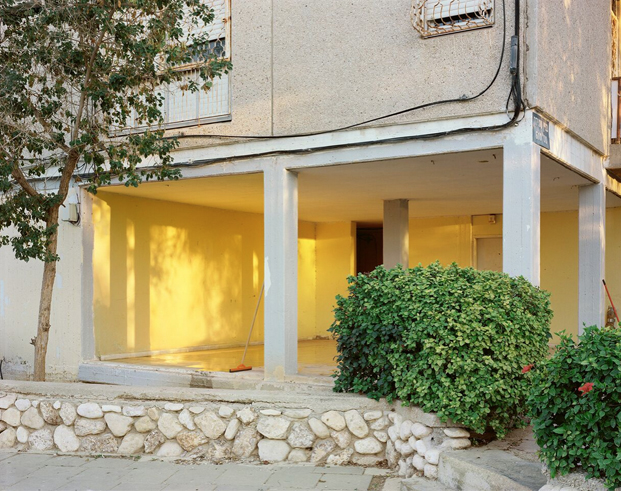 “Vision is as important as language in mediating social relations, and it is not reducible to language, to the “sign”, or to discourse.” Landscape is not only the designation for the ‘world outside’ but always also for something that is defined through social use—a social use in which vision plays a dominant role. Landscape is thus not only a social covenant, a convention, but also a visual phenomenon, an aesthetic construction.
From this perspective we might assert that landscape ‘as such’ does not exist, that it is continually yielded through cultural production, however not solely—or by no means primarily—through agriculture, urbanism and economics, but instead as a social formation, as a visual topography that follows social distribution. And if it is true that visual culture is ‘the visual construction of the social, not just the social construction of vision’, then aesthetics and imagery, aesthetics and bodies, culture and imagery are directly interwoven. Or, even more radically, “the object is inconceivable beyond the forms of its visual presence”. So landscape would then be something that arises, or is at least designed, through a kind of performativity of the visual.
Enacting “Enacting Landscape”, the idea of restaging landscape, ties into this conception of landscape that is not always already there, but that is carried out, becoming permanently generated, actualised, and ultimately picturised, something that does not exist outside or in front of the image but that is first elicited through the images themselves. With this elicitation the boundaries between the documentation and staging of landscape become blurred; that is, between their representation and their engenderment through and with the aid of (photographic) action—landscape as something that is not merely visible, but as something that first becomes perceptible and imaginable through a kind of “use”, through a process of visualisation, and that arrives at this “staging” through different practices of visualising it.
Read more →