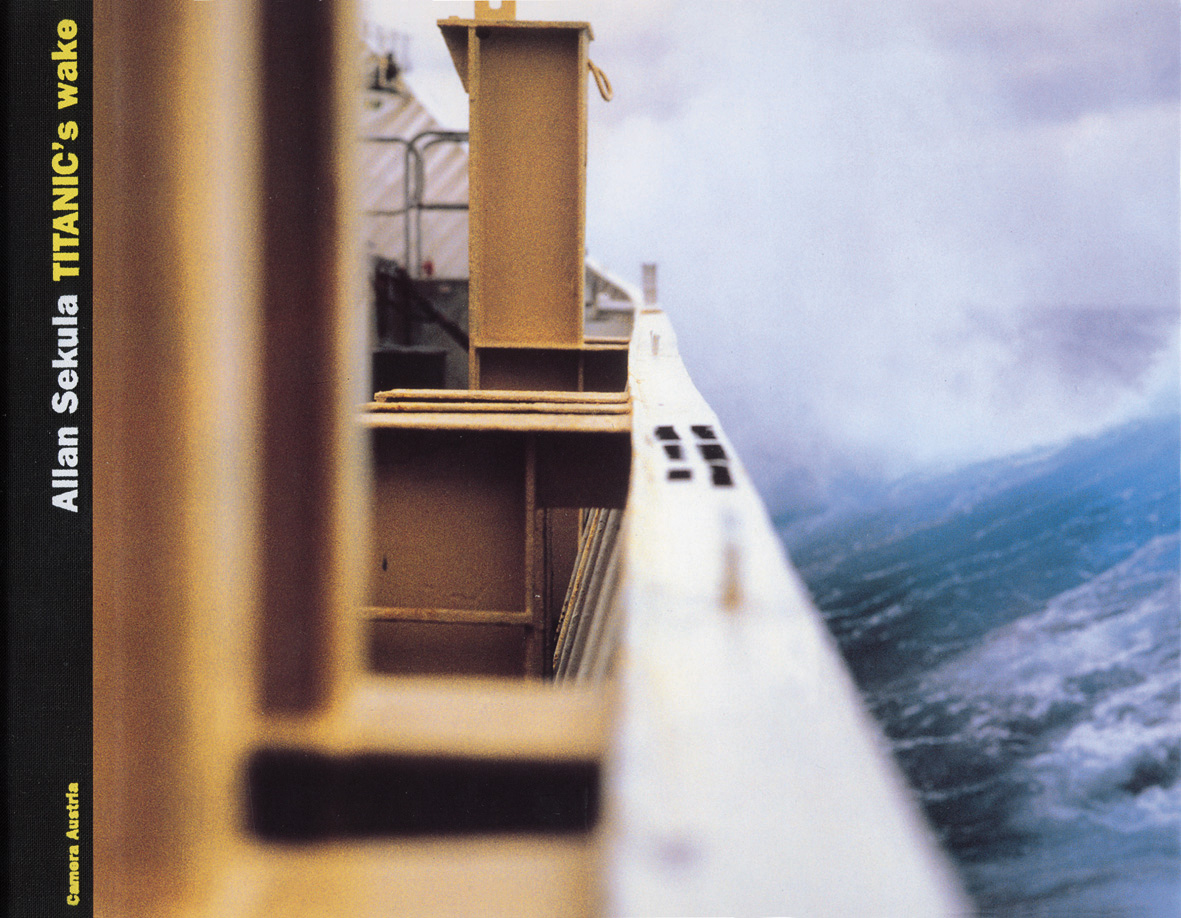 “If TITANIC’s wake were a historical novel, Bill Gates, James Cameron, Frank Gehry, Herman Melville, Alexander Calder, Winslow Homer and Honoré de Balzac would all be characters. So would a host of lesser-known figures: the elderly Russian painter Luboff Khoudyakova, the young American anti-globalization activist Kaela Economou, the French metalworker Michel Boireau. This premise sounds both grandiose and impossible: I may be a writer, but I am not a novelist, and I have no particular appetite or aptitude for fictional characterization. But perhaps my confession to this novelistic fantasy can provide a key for viewers. Hopefully, TITANIC’s wake demonstrates that a simple visual diary of the last two years of the twentieth century can suggest the epic sweep and resonance of a historical novel, without in any way trying to be a historical novel, and without departing from the pictorial possibilities of careful documentary photography.” (Allan Sekula)

At the latest since his participation in Documenta11, the American photographer and essayist Allan Sekula has been considered one of the most important of the contemporary artists who take a critical view of the economic, political, social, and cultural changes being brought about by the globalisation of politics and the economy. His projects consistently centre around a key issue in contemporary photography: How can art critically address and present the abstract and complex relationships of the post-industrial economic processes? For Allan Sekula, the solution is to “reinvent documentarism in a way that diverges both from the traditions of social documentary and from artistic photography and conceptual thinking” (from a conversation with Benjamin H.D. Buchloh).

The present publication places three of Sekula’s works,”Dear Bill Gates” (1999),”TITANIC’s wake” (1998/2000), and “Waiting for Tear Gas” (1999/2000), into the context of this “critical documentarism”, whose background consists of a characteristic combination of photography and essays, concept art and critical journalism. The essays selected for this book are published in German here for the first time. In these essays, Allan Sekula refers to some of his own writings such as “On the trade in photography”, published in 1984. There he asked what role the myth of photography as a universal language” plays (“Between the net and the deep blue sea”). The essay “TITANIC’s wake” illustrates the 23-part photo series of the same name and places topics such as exploitation and economic supremacy into the context of larger socio-political problems. “Waiting for Tear Gas” comments on the slide series of the same name, which, created in Seattle in 1999, documents the formation of the anti-globalisation protest movement. Thus TITANIC’s wake constitutes yet another significant contribution both to contemporary art and to our understanding of the pressing problems of contemporary society.

The cooperation between Camera Austria and Allan Sekula dates back to his participation in the symposium on photography in 1987 “Photography Between Discourse and Document”. and to the publication of the “Fish Story” project in the magazine the following year. In 2002, Allan Sekula was awarded the “Camera Austria Award of the City of Graz for Contemporary Photography”. On this occasion, “Waiting for Tear Gas” was shown in Europe for the first time.