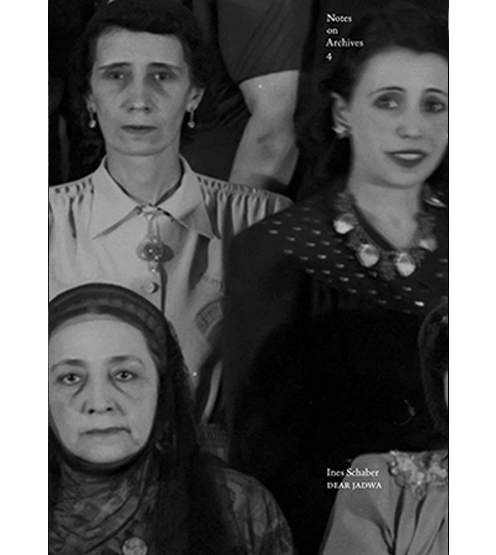 In 2008, an exhibition opened at the Umm el-Fahem Art Gallery, Israel, that focused on the launching of a new on photographic archive: “Memories of a Place: The Photo-Archives graphic History of Wadi ‘Ara, 1903–2008.” Notably, the archive used a series of historical images from existing archives, often giving them different captions that retrieve lost histories in the area. This archive exemplifies the possibilities that can result from the critique of institutional image archives: that rethinking archival arrangements can bring to light legible traces of suppressed histories.

The concept of the archive of the Umm el-Fahem Art Gallery concentrates on the notion of place rather than on the identity of a photographer or a person being shown. This became the point of departure for the artwork Dear Jadwa, by Ines Schaber. How could one write a history of a place through images? How could one deal with what might be excluded by it? What would happen if there was a need for images that would not fit into the concept of the newly established archive?

The latter was the case with two photographs of the Arab Ladies’ Union meeting in Jerusalem in 1944, images found originally in the Matson Collection. In Dear Jadwa, both images are shown along with a letter addressed to a woman who is pictured in both. The photographs are accompanied by an interview with Dr. Mustafa Kabha, cocurator of the exhibition and archive “Memories of a Place,” and a text by Schaber reflecting on the making of the archive.