What is already going on. A kind of blog 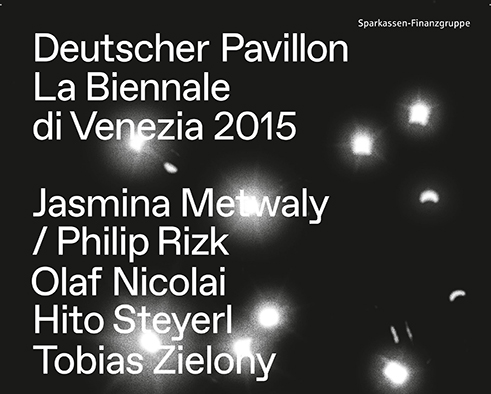 “The critical diaspora produces a live machine that resists the factory of death. It appropriates strategies. It invents archives. It insists on oppositional methodologies, redefining the terms of the resistance. It rewrites and re-inscribes the body.”

In their blog accompanying “The Pavilion as Factory“ the Barcelona-based collective Diasporas criticas have been writing on the question how to “resist the factory of death, incarceration, depression and surveillance that raises borders and norms? (…) The coloniality of power is an extensive and intense process of epistemic and aesthetic domination that reaches towards the industrial and post-industrial production of the body.”

From June 17 onwards New York-based curator and writer Niels van Tomme is following up the debate that the blog intends to provoke.

In response to this particular condition, Van Tomme plans to engage his impossibility to “see” the exhibition through a modest reflection on images that refuse to “show” something. Dubbed Refusal to Show, this contribution highlights a number of diverging artistic positions that share one common thread: a refusal to show. As its basic inquiry it asks if perhaps this refusal to show enhances new ways of seeing? At a time when artists are asked to continuously express their resistance against established modes of institutionalized representation, or align their images with projects of social and political emancipation, a refusal to show or to participate in relentless systems of representation, might be a valid artistic strategy in itself.

Niels Van Tomme (BE, 1977) is a New York-based curator and writer working on the intersections of contemporary culture, politics, and aesthetics. Currently associated with the Center for Art, Design and Visual Culture in Baltimore, he is the appointed curator of the 7th Bucharest Biennale, 2016. His exhibitions and public programs are shown at venues such as The Kitchen (New York), Värmlands Museum (Karlstad), National Gallery of Art (Washington, DC), Contemporary Arts Center (New Orleans), Gallery 400 (Chicago), and Akademie der Künste (Berlin). His curatorial endeavors have received grant awards from The Andy Warhol Foundation for the Visual Arts, The Elizabeth Firestone Graham Foundation, Lambent Foundation, and The Nathan Cummings Foundation, as well as critical press in publications such as Afterall, Artforum, Art in America, Afterimage, and The Wall Street Journal. Van Tomme is a Contributing Editor at Art Papers magazine, while his writings in a wide variety of publications explore contemporary art, literature, and music in relationship to broader cultural developments. His books include Where Do We Migrate To? (2011), Visibility Machines: Harun Farocki and Trevor Paglen (2014), and Aesthetic Justice: Intersecting Artistic and Moral Perspectives (2015), co-edited with Pascal Gielen.

What is already going on. A kind of blog—

The online blog of the German Pavilion at the Venice Biennale 2015 aims to enrich the artistic projects of the Pavilion with fields of thought before whose backdrop a cross-reading of the projects must occur. Questions concerning social inequality, migration, racism, global economic and political oligarchies, concerning the increasing technification of aesthetic production, and political spectres and resistance movements throughout the world run through all contemporary art production. Prepended to the blog is the question of how these fields of political thought and transcultural concepts always call any project of national representation into question, since it comprises speaker positions that counter any cultural hegemony. The blog aims to make this overstepping and blurring of boundaries visible.
What strategies for mobilising images and the imagining of mobility have artists devised to chafe against the cultural politics of globalisation in a critical manner? How can current forms of expropriation, exploitation, suppression, and the very concrete effects on people and their living conditions around the world be understood? Must we speak of a racist capitalism? How is this conducted with respect to the colonial wounds of our discourse, critiques, and political practices? What does enlightenment mean in times of global surveillance? Can the politically and socially imaginary be organised anew under a term such as “aesthetic justice“?
We have named the blog “What is already going on”, because it is not about the—reiterated—claim of settling accounts with what has been handed down, but rather about bringing up-to-date the thoughts and politics that have, for many years, already defined the debates surrounding images, identities, protests, migration, historiography, virtuality, production, and so forth.