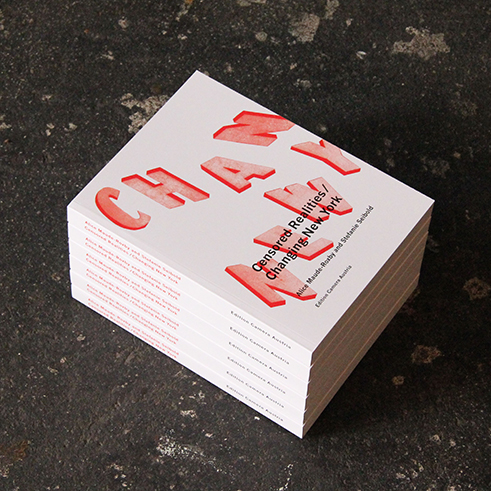 The 2018 Camera Austria publication Censored Realities / Changing New York brings these complete McCausland original texts back into circulation.A numbering system, especially developed for this project, enables readers to realign each of the one-hundred originally intended texts to the corresponding photographs by Berenice Abbott, as they appear within the Dutton and subsequent Changing New York Dover publications. The book is complemented by an extensive text and original letters, giving astounding insights into the research process of the authors and the history of what they refer to as “Sapphic Modernity.”