Lectures accompanying the exhibition »once documentary«

Lectures accompanying the exhibition »once documentary«

with T.J. Demos and Kathrin Peters 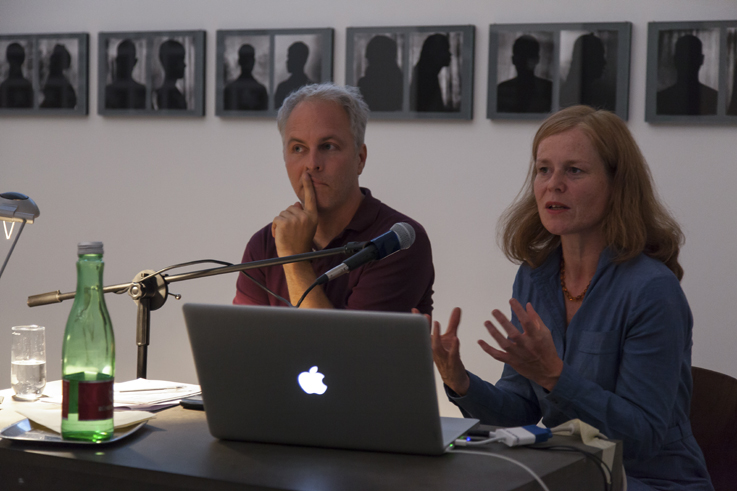 With Kathrin Peters  and T.J. Demos two internationally acclaimed experts will deliver lectures that refer to the exhibition, its issues, and the presented artworks.

Into the Colonial Archive: Entangled Histories of Photography.
Starting with Peggy Buth’s work on anthropological archives and museums I will address the question what ethnographic and anthropometric photography actually document: “the Other” or European concepts of science? A particular person or a colonial subject? Both? In addition to my interest in the ambivalence of these historic photographies I will ask for the possibilities of their critical revision by artists.

Kathrin Peters’ fields of research include the history and theory of photography, relations of gender and media, as well as the media history of architecture and its planning. She is professor at the institute for art and visual culture at Oldenburg University. Her recent publications include, among others,  Rätselbilder des Geschlechts. Körperwissen und Medialität um 1900, Berlin/Zurich: diaphanes, 2010; in preparation: “Im kolonialen Archiv. Zu Peggy Buths künstlerischer Historiografie”, in: Victoria von Flemming, Christiane Kruse, Elisabeth Oy-Mara (Hg.): Fassaden? Strategien des Zeigens und Verbergens von Geschichte in der Kunst, Munich: Fink (est. 2014).

T.J. Demos will discuss the exhibition “once documentary” in relation to his wider research into contemporary hauntologies of the postcolonial, as it relates in particular to his recent book Return to the Postcolony. How for instance, does the politics of aesthetics relate to postcolonial justice, and how are these subjects addressed through the problems of representation when it comes to ghostly traces of traumatic pasts?

T.J. Demos writes widely on modern and contemporary art, and his essays have appeared in various magazines and journals worldwide, including Camera Austria International; he teaches modern and contemporary art at University College London. His recent books include: Sven Augustijnen: Spectropoetics (Brussels: AsaMER, 2011), The Migrant Image: The Art and Politics of Documentary during Global Crisis (Durham: Duke University Press, 2013), and Return to the Postcolony: Specters of Colonialism in Contemporary Art (Berlin/New York: Sternberg Press, 2013).