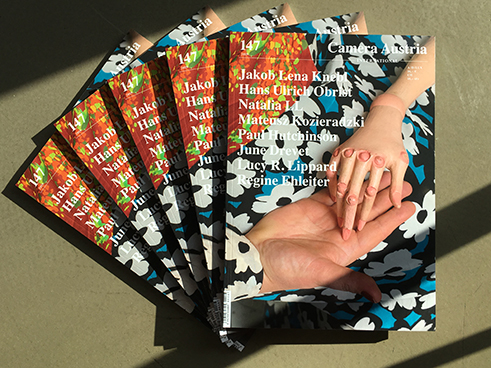 Come around and celebrate the release of our autumn issue, Camera Austria International no. 147, with us! The artists presented in this issue deal with the positioning of the self in relation to its surroundings. They reflect on these relations from different angles: sometimes highly impartially and from an everyday standpoint, and other times from a predominately conceptual perspective.

Paul Hutchinson will develop a mini exhibition with works featured in the magazine for this special evening.

Furthermore, Regine Ehleiter will present a few contributions from her magazine exhibition “Re: Groups” which she has developed for Camera Austria International no. 147, using the project “Groups” conceived by Lucy R. Lippard in 1969/70 as a point of departure.