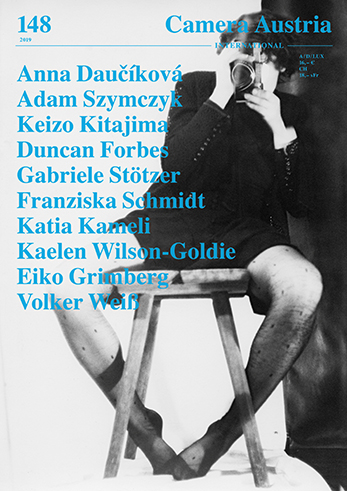 Copyright © 2019
No parts of this magazine may be reproduced without publisher’s permission.
Camera Austria International does not assume any responsibility for submitted texts and original materials.