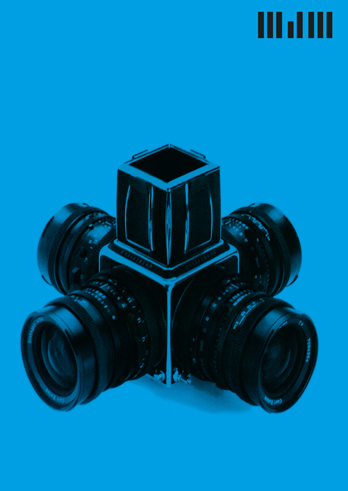 A major international photography exhibition at the Museum der Moderne Salzburg pays tribute to the pioneering achievements of Camera Austria and the vital role it plays in the Austrian photography scene for over four decades.

A major international photography exhibition at the Museum der Moderne Salzburg pays tribute to the pioneering achievements of Camera Austria and the vital role it has played in the Austrian photography scene for over four decades.

Salzburg, 17 October 2018: Featuring works by no fewer than thirty-seven photographers from eleven nations whose art was showcased, publicized, and discussed at Camera Austria in the past decades, this exhibition offers an unprecedented retrospective of the gallery-and-journal’s activities. The diverse conceptual and thematic approaches of the renowned artists included in the show exemplify Camera Austria’s foci and add up to a panorama of the evolution and dissemination of fine art photography in Austria since the 1970s. Divided into eight chapters, the exhibition presents artists associated with Camera Austria in its early years side by side with contemporary positions. Combining dialogical engagement with a focus on continuity, this arrangement generates visual discourses around photography that can activate aspects of the organization’s history for present-day concerns. “The exchange of ideas with the artists themselves has been central to Camera Austria’s work from the outset. Over time, its team built a large international network, and needless to say, we can only spotlight selections. In designing the exhibition, we stuck by Camera Austria’s principle of displaying works of photography in complete thematic series. As a result, the presentation includes almost 550 individual pictures,” curator Christiane Kuhlmann notes. Christine Frisinghelli, a cofounder of Camera Austria and visiting curator of the exhibition, adds that “the show also draws attention to Camera Austria’s institutional evolution as an artist- run project since its establishment in 1974. The international visibility of its work grew continually: from 1979 until 1997, annual ‘Symposia on Photography’ held in conjunction with the steirischer herbst festival complemented its exhibition programming. Since 1980, the journal Camera Austria International has been the primary medium for the debate around photography sparked by Camera Austria’s undertakings.”
The symposia, exhibitions, and publications in Camera Austria International provided unique platforms connecting the international and Austrian photography scenes. At the same time, the organization opened a “window” on the world early on, alerting local photographers to what was happening outside Austria while conversely drawing international attention to their work. In this sense, the exhibition also highlights an important chapter in the history of art and photography in Austria, which took a different course than, say, in Germany, the Netherlands, or the United States. What was most sorely lacking in the 1970s were academic institutions that offered training in photography. Public collections were largely inaccessible to historians of photography; funding was scarce and slow to grow and it took time for the debate over photography in the art context to catch on. The untiring efforts of Camera Austria’s founders Manfred Willmann and Christine Frisinghelli since the 1970s to put together exhibitions, symposia, and publications and initiate discussions of Austrian and international photography were instrumental in this regard. To this day, Camera Austria is an indispensable platform for debate, gallery, publishing house, archive, library, and venue hosting workshops and symposia.

Close Print
Back to overview