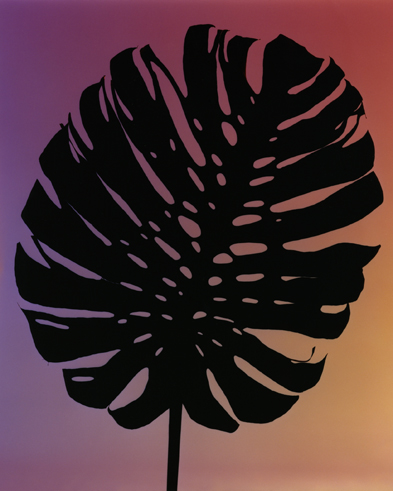 For the exhibition at Camera Austria, Shirana Shahbazi reviewed her archive and brought her works of the past fifteen years into a new constellation—a constellation that appears to elude access at first glance, seemingly characterised by contradictions, leaps, and disruptions. It is for this reason that the exhibition title thrust itself upon us, so to speak: “Group Show”—a group exhibition with herself.
In this “Group Show”, Shahbazi seems to be insisting that all of these images—to our eyes so very different—have somehow been created, produced, rather than simply found, perceived, or captured. They have actually emerged from a state of exertion, had to be recognised, conceived, and constructed. They are linked to thought about the visible and about pictures that is never merely present but instead engendered, perhaps even having to be invented. This constant friction between thought and vision gives rise to a pictoriality that is at once seductive and recalcitrant—distinguishing Shahbazi’s unique visual world thanks to the tension fostered by contrary forms of pictorial potentiality. One image inevitably follows another, and yet another.

On occasion of the exhibition “Group Show” Shahbazi’s new publication tehran north will be published by JRP Ringier.

One Picture within the Other (excerpt)
Reinhard Braun

The still life of three pears, a landscape, palm trees, a butterfly, abstract geometric forms, a monstera palm, Maryam shrouded in the wind. Snapshots of a road trip from Zurich to Tehran are seen next to studio arrangements of various objects and multiple exposures, giving rise to a composition that seems rather abstract. For the exhibition at Camera Austria, Shirana Shahbazi went through her archive and brought her works of the past fifteen years into correlation—into a context that, at first glance, cannot be grasped, one that appears to consist of contradictions, leaps, and fissures. This is how the exhibition title basically made itself known: “Group Show”—a group exhibition with her self.
The variform and manifold that appears, that is shown, initially seems as if dominated by a moment of translation, though the translation into photography goes hand in hand with a translation of the photographic into the painterly, which in turn is associated with a photographic image. The non-photographic facet of the exhibition corresponds with the photographic aspect: documentary, double exposures, two-tone lithographs, painting—various things meet and offer mutual commentary on their respective claims to re-presentation, to presence and performance. The pictorial arises in various manifestations with its respective specific qualities.
For good reason—a reason that appears to be confirmed by this exhibition—it can be asserted that this order is not a homogeneous, levelling one. It remains, if conceivable at all, a fragile, precarious, perilled order, for the pictures themselves, which gather in the photographic realm in a peculiar way, pull apart and multiply perpetually. “There is no image, there are only images. And there is a certain form of assembling images: as soon as there are two, there are three” [Jean-Luc Godard].
Still today it remains true that almost no other medium besides photography can similarly accommodate this disparate codification of knowledge, technology, history, and perception. Moving images, with the complexity of their time-image constellations, tend to elude being mapped. It is the stills—immobilised, arrested pictorial crystals, the already photographic stationary pictures.
In Shahbazi’s series, the immobilising nature of photography is evident in an exemplary way, not only denaturing the transient phenomena and stagings, but also, through this denaturation, feeding a mindset that would otherwise elude these phenomena. Photography’s congruence with thought, with the production of narrative, history, and knowledge, is not primarily related to its aesthetic or visual “nature”. Instead, it is found in this moment of apprehending something, of the “cut of the referent”, as Christian Metz [“Photo, fétiche”, 1989]—significantly, a notable film theorist—has called it; a cut as a means of arresting the visible, giving the pictures time to emerge, giving them time to enter into a relationship with that which they render and with the way in which they do so.
In the end, we could consider the context that Shahbazi produces in the exhibition at Camera Austria with her various series a montage—a montage through which “an image is transformed through interaction with other images” [Georges Didi-Huberman], and “[Komposition-40-2011]” we might ask what plays out at the junctions between these pictures, how one picture moves into the other, and consider a montage that constellates photographs that might otherwise not be associated because such a combination might not seem appropriate. So we really must ask whether these seemingly disparate pictures actually gain in terms of narrative, history, politics, and even beauty “when they coalesce”? [ibid.]).
Herein may lie the idea for the exhibition, which is not curated and enmeshes even the curator in explorative questioning: understanding the space or the surface of photography—in and on which there have always been three images, as soon as there are only two—as an approach to and a practice with pictures, where things/images are interassociated or similarities effectuated that elude a kind of paralleling. Not one picture and/or the other. One picture within the other.