In 2001, Pierre Bourdieu entrusted his entire archive of photographs taken during his fieldwork in Algeria between the years of 1958 and 1961, and representing, as he noted, his earliest and at the same time his most topical work, to Camera Austria with the intention of exhibiting and publishing these photographs for the first time.

The archive is available for consultation for study purposes. Due to their fragility, Pierre Bourdieu’s negatives, original photographs, and personal notes can be consulted by researchers only on appointment. Working prints of all photographs as well as an extensive selection of publications by Pierre Bourdieu can be consulted in Camera Austria’s study library on appointment. 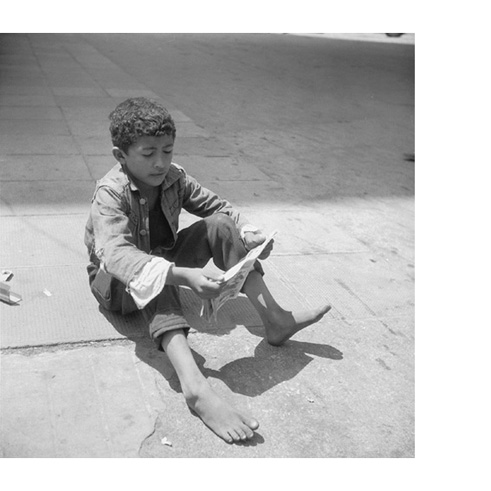 In his first book Sociologie de l’Algérie (1958), Pierre Bourdieu expressed that his primary goal was to bear witness to the actual events playing out during the Algerian War of Independence in the 1950s. In an attempt to understand the crisis of Algerian society as a “social laboratory,” he developed anthropological and sociological tools for his scientific work—and one such method was photography.

Pierre Bourdieu devoted his research and documentation to the profound changes and effects of French colonial policy starting in 1830: the destruction of family structures and solidarity, on which traditional societies are founded, gave rise to social, cultural, and economic uprooting. During the War of Independence, in the name of imposed modernization and of the suppression of traditional forms of life, millions of people were systematically deported from rural regions (newly declared as forbidden zones meant to inhibit the farming population from supporting the liberation army) to resettlement camps (Centres de regroupement) and thus came to be dependent on the military administration. Unemployment was prevalent in the cities, and the “economy of misery” in the slums was to become one of Bourdieu’s main themes.

Bourdieu’s photographs show the contradictions and ruptures in this society of uprooted individuals, show the coexisting and simultaneous differences that clash in urban space. They also reveal Bourdieu’s affective attachment to this country, his respect for its people, and the efforts to rehabilitate traditional cultures.

The fully digitalized photo archive “Images d’Algérie, 1957–1961” by Pierre Bourdieu contains a wealth of almost 1,200 photographs, sorted according to archive numbers. The archive has been in the curatorial and editorial care of Camera Austria since 2001, in close collaboration with the Fondation Bourdieu. In working with the archive, we aim at all times to situate this special, little-known facet of Pierre Bourdieu’s oeuvre in the context of his research on Algeria—in order to do justice to his political and scientific standards, but also to ward against interpreting this work in an art context in a predominately aesthetic way.

The archive currently comprises 994 negatives (format 6 × 6 cm), 216 contact and work prints (format between 6 × 6 cm and a maximum of 12.5 × 12.5 cm). The main body of the archive, alongside the negatives, comprises 230 large-format prints with a format of 23 × 23 cm and a smaller group with a format of 30 × 30 cm, that Pierre Bourdieu collated in three themed albums. There are no negatives of 93 of these 230 prints, i.e. these prints are now the only sources available to us. All titles and dates are given by Pierre Bourdieu, place names have been added where it was possible to derive them unequivocally from the photos or from publications. We retained the numbering of the negatives as the archive numbers of the pictures, with a system of letters indicating whether the archive contains an original print with a negative (N, P), an original print without a negative (R) or only the negative (N). Finally, we created work prints from all negatives and scans of all original photos and the main pictures of the exhibition and book so as to avoid the risk of further damage to the originals.

Since taking these photographs, Pierre Bourdieu only published few of them, and the vast majority of his photographic documentations so far has remained unknown. Those familiar with Bourdieu’s work will recognise the photographs that were chosen as cover pictures for the first editions of his books: “Le Deracinement” (with Abdelmalek Sayad); “Travail et travailleurs en Algerie” (with Alain Darbel et al.); “Algerie ‘60” and “Le Sens pratique”. But photographs from the collection were also used for articles and magazine interviews. Numerous photographs used in publications, however, can no longer be found in the archive and in some cases there is not even a negative as a great many of the perhaps 2000 pictures taken in the four years of work were lost during moves.

The photographic documents by Pierre Bourdieu are above all the result of scientific work, and in this sense they must be viewed in a constructive context together with the texts that he wrote at the same time, and thus have a specific historical and thematic framework. The first task in our work, then, was to scrutinise the photographic documentations for contexts that Pierre Bourdieu analyses in his writings. We attempted to read Pierre Bourdieu’s archive and all of the circumstances of this collection of negatives and prints, comments and the collection of sketches contained in the “fiches d’Algerie” (collection of notes from Algeria), in the context of Bourdieu’s studies. Pierre Bourdieu himself had already begun to tentatively combine pictures and texts, and we were able to follow this model.