The exhibition is accompanied by a publication in the Edition Camera Austria.

The exhibition includes works by Heji Shin and August Walla. 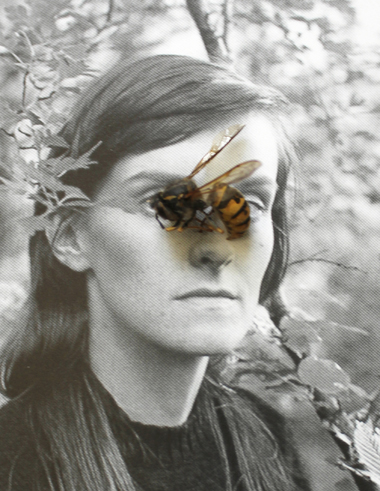 Developing, Handling, Processing, Preparing
In her work, Özlem Altin draws especially from the comprehensive collection of images and texts that she has intuitively compiled from various sources and, moreover, from her own drawings and photographs. In recent years, Altin has also started to integrate works from other artists into her sequences, narratives, and stories—which she culls from this material as the occasion warrants and which usually represent a kind of non-linear, associative movement along bodies, gestures, and identities—and to work with artistic material from museum collections. Tentative and precise at the same time, her work reminds of artistic research and preliminary drafts of presentations, such as viewing material and structuring it for an upcoming project. Various meanings flow through these arrangements, evoking different associations, before stopping and being superimposed or replaced, then once again revived, duplicated, or newly questioned. The format of these sequences does not follow any kind of linear order or chronology, but rather seems cyclical and processual, distinguished by repetition, resembling attempts to engender meaning, to establish significance, which, however, is not initially certain, not countered along the way, but rather is meant to develop during the arrangement of the images.
Indeed, the artist prevents the subject matter from initially being identified with certain meaning or content; at times she covers or paints over parts of the images, heads, or bodies. Sometimes it seems as if chemicals had damaged the photographs, as if they had been rescued from an archive, the identity of which remains unknown. Now and again she uses a visual source more than once and overpaints them each differently in order to intervene in the fixed meaning of an image, to interfere with the documentation or representation of a seemingly fixed identity. But the intention may also be to work against that which conserves, which is motionless, against the “death” of photography, once again renegotiating the yet immobilized and immortalized into something preliminary that changes, that can be retold in a new and different way, that never fully disappears into a history but rather remains part of a contemporary narrative, or that has been salvaged for the present day, an actualization, a drafting-anew, a starting-over-again-and-again.
For her projects, Altin transforms the exhibition space into a kind of stage, into a site for performing a visual programme, the elements of which emerge, surface, and then disappear again, similar to a clue or trail. The focus of this programme rests with the body, the languages of bodies, the gestures, the suggested movements and changes in posture. The body, for Altin, is a vehicle for transferring knowledge, experience, a vehicle of communication and exchange. In a certain sense, her exhibitions and exhibition contributions chart this communication (a communion?) of bodies, an occurrence that the bodies put in motion, leading to a biography or identity marked by moments of recognition or being-recognized. Kaja Silverman has emphasized that the subject / the body always also appears as an image or is being revealed somehow, that these pictures stabilize the self and make it possible to engender an enduring image of this self. The concurrence of image and body, according to Silverman, illustrates how real bodies can be transformed into photographic representations, how the photographic rendering can capture the actual body/bodies. The pose, the gestures, the expression can thus also be understood as a photographic imprint of the body. Each subject must first be seen in order to exist—we attain an awareness of our own positioning in the field of the visible in that very moment when we perceive ourselves in the gestalt of a phantasmatic photograph.
Altin, in turn, intervenes in this desire for a sustainable image, for being-recognized; she imbues this notion with a sense of disquiet and generates disruptions in the languages and stories of the bodies that reciprocally affect one another, that don’t permit a sense of calm, that touch each other and then move apart again. Overpaintings on the photographs mark such moments, where the bodies drift into the unknown, into the approximate, the vague, and also into the uncanny and sometimes even the violent, which challenges the integrity of the bodies. The certainty of having the body at one’s disposal is subjected to uncertainty, the hidden shifts into the uncanny. Altin points to this possible (or impossible?) transformation, precipitates it, marks the wounds on the battered bodies, pays reference to the threat and fragility, to the ambivalent and transient, a menacing not-at-home in one’s body. In this respect, these bodies are also a kind of archive, in which experience, memory, and events have become inscribed; they store a history and perpetually engage in enacting and repeating, in order to affirm this history, occurrences and events, often without leaving behind visible traces, yet sometimes wounds remain that change the body and lend it a different appearance. What are the powers that change us, that compel us to rewrite the history of our identity? The not-at-home, the decentration, the cracks in the narrative, its hidden core—none of this has anything to do with hiding the work in front of us. Quite the contrary: the indeterminate and open facets of the visual narrative are what actually first unveils to us as beholders, readers, as bodies among the body images, a place of presence. It is from this place that the meaning of this narrative might be reconstructed, or where an empathy between the images and the bodies, between the bodies and the bodies, may find its point of departure. If the meaning was already always present, concluded, concrete, readable, then why would it need a stage to perform on? If the artist knows ever since, if even we already know instantly, then why this serious play with imagery?