Rehearsals towards the Unforeseen:
A performative talk with Belinda Kazeem-Kamiński & Cindy Sissokho

Rehearsals towards the Unforeseen. A performative talk with Belinda Kazeem-Kamiński & Cindy Sissokho

The talk will be held in English 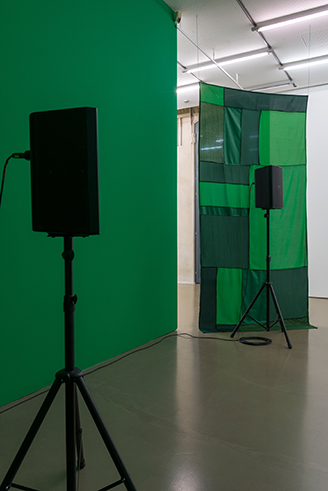 For the last event in the frame of SEVEN SCENES, Belinda Kazeem-Kamiński’s solo show at Camera Austria, the artist invited Cindy Sissokho, UK-based curator, cultural producer, and author of the text accompanying the exhibition. The two will be in conversation about their collaboration in the process of conceptualizing Seven Scenes, creating Black feminist breathing spaces, and rehearsals towards the unforseen. In the frame of their talk, both Sissokho and Kazeem-Kamiński will share with the audience a set of selected songs that have inspired them in the process.

Belinda Kazeem-Kamiński is a Vienna-based writer, artist, and researcher whose works manifest themselves through a variety of media. Rooted in Black feminist theory, she has developed a research-based and process-oriented investigative practice that deals with the condition of Black life in the African diaspora. Doing so, she interlaces varying spaces and temporalities, thereby resisting a clean-cut separation between documentary and speculation.

Cindy Sissokho (b. France) is a curator, cultural producer, art consultant, and writer with a specific focus on anticolonial social and political practices within the arts, and culture. Her curatorial work is nurturedby the urgency to broaden and disseminate knowledge and artistic production from systemically racialized and marginalizes perspectives.