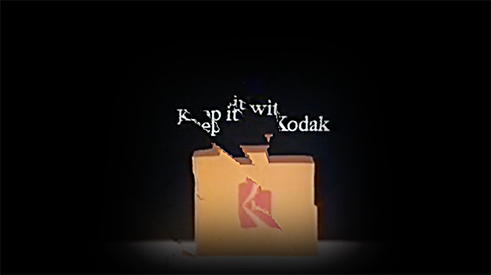 “Workers Leaving the GooglePlex” (2011) investigates a top secret, marginalized class of workers at Google’s international corporate headquarters in Silicon Valley: the yellow badged “ScanOps” Google workers. While the artist, who himself worked for Google over the course of a year, documents the movements of these workers, he traces the complicated events which led to his own dismissal. The reference to the Lumière Brothers’ 1895 film “Workers Leaving the Lumière Factory” situates the video within the history of cinema, suggesting both transformations and continuities in arrangements of labor, capital, media, and information.

In ArtforumAndrew Norman Wilson describes “Ode to Seekers” (2012) as “a looped video that celebrates mosquitoes, syringes, and oil derricks. Not only are they symbols of some of the most significant threats to human life—mosquito borne illnesses, drug addiction, and the petroleum industry—but they are also the causes of three of my most significant personal traumas.“ The three-parted film is structurally oriented on John Keats’s poem “Ode on a Grecian Urn” (1820) and is partly filmed in the Rockland Psychiatric Center in Orangeburg, New York; it shows a heady rush ofimages, technology, and bodies caught in the streams of circulation and representation that our era demands. More

A semi-biographical fiction inspired by his father’s work at one of Kodak’s first processing labs, Andrew Norman Wilson’s speculative gloss on the evolution of photochemical science entwines multiple perspectives and personas. Co-written by James N. Kienitz Wilkins, “Kodak” (2018) imagines a dialogue between a blind, mentally unstable former film technician and George Eastman himself, recordings of whom play out over a procession of photographs, home video footage, vintage Kodak ads, and animations.