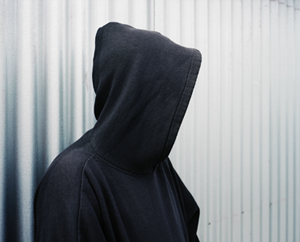 An unimaginable social reconstruction has seized our lives, turning the question of one’s own social or cultural location into a more difficult task than ever before. Which values, convictions, traditions or revolutions, protests, resistances, subversions of all kinds put pressure on this social location or allow it to become imaginable nevertheless? Where are the boundaries (even if only symbolic) that allow speaking of one’s own location to even appear plausible? Are there not the many and the others, constantly encroaching and invading into and in this location, attempting to occupy, take over, appropriate it, seeking to change “us”? Does the question of demarcations, both globally and locally, play an increasingly significant role? To keep “the others” out, beyond that which is regarded as intrinsic, as own, as secure and as identical with itself? Is this incessant “production” of the “others” thus as inevitable as the border between inside and outside?
Yet this border is by no means to be imagined only territorially or culturally: as a fundamental distinction, it also means “exile, banishment, sacrifice, contempt, marginalisation, identification, normalisation, selection, choice, family origin, etc.” (Jean-Luc Nancy). Numerous languages, images, access opportunities and “discourse constrictions” consequently arise, which split and subdivide society into a multitude of parallel worlds, increasingly regulating their possibilities of economic agency and determining their scope.
Which figures of cultural representation—such as “security”, “threat”, “migration”, “crisis”—are currently involved in the production and reproduction of repressions, blind spots, exclusions that take the world from us? How are representation and the (political, social) mechanisms of exclusion connected? This leads to the political question: “How to exclude without forming figures [of the Other]? And how to form figures [of difference] without excluding?” (Jean-Luc Nancy) To phrase the question differently: What is more visible today as the visible? It is skin colours, clothing, veils, languages, which are all constructed into these figures (and politically valorised).
“Among Others” is to be seen in conjunction with an exhibition in April 2011 with the title “Communitas. The Unrepresentable Community” and was conceived with reference to the leitmotif of this year’s steirischer herbst, “Second Worlds”. With the artistic works that are shown, the exhibition poses a critical reflection of an idea of “being-with” for debate. This debate takes place between the Middle East and South Africa, between Poland, Germany and Israel, and looks at both Modernism and the present to arrange various social and identitary models, their utopias, their failures and the desire for (or the lost faith in) a different—second—world for negotiation.