Assistant to the production:
Birgit Pelzmann 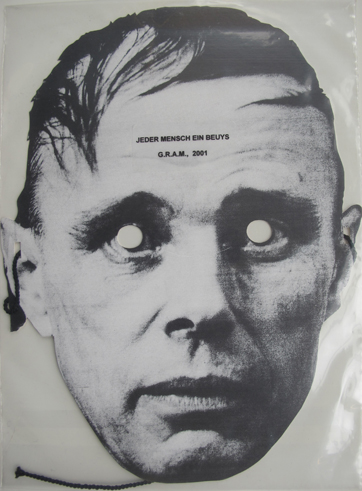 For the project “Art Is Concrete” by Camera Austria, G.R.A.M. references Joseph Beuys as a key figure in post-modernism: the exhibition opening will feature a re-staging of the action “Ja, Ja, Ja, Ja, Ne, Ne, Ne, Ne” from the year 1968 put on by Helmut Köpping and Lorenz Kaba, two actors from the “Theater im Bahnhof” in Graz, as part of a performance and video production. It soon becomes apparent in this Beuysian sound-art piece that “ja, ja” and “ne, ne” mean the same thing. These lamentably invoked words express, in a melodial way, a stance towards the world that is of great topicality.

A video documentation of the performance will be on view at the Camera Austria venue from the first exhibition day forward. Though they have previously referenced Joseph Beuys in their artwork, G.R.A.M.’s “Ja, Ja, Ja, Ja, Ne, Ne, Ne, Ne” is now offering a first glimpse into the production of the artist duo’s unique re-enactments, which never go completely smoothly and thus have always fallen short of the original. As such, this original is conveyed into a field of current discourse, where it may once again be challenged in new and different ways.