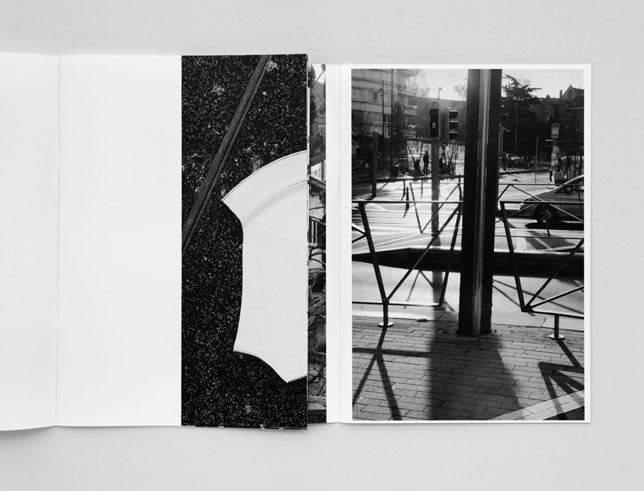 In »Dialogues«, the German artist Stephanie Kiwitt, who resides in Brussels, has for the first time compiled various works from recent years that take the form of publications and exhibition projects in a joint context. New junctures arise from image to image, never before seen in this way—each new image is a leap through time and space, from Belgium to Marseille, Prague to Ghent … Or perhaps these encounters are actually collisions rather than new junctures? Sections, cutouts, images extending beyond their edges, leading away, leading somewhere else—perhaps into a different picture? Kiwitt succeeds, in a unique way, at situating her photographs, series, and books along this threshold where a description opens and facilitates something rather than formulating and concluding it. This opening does not evolve without help, for it must be initiated—through images arising not randomly and also not incidentally, but which on the other hand don’t pretend that they have always known best, images with an inherent sense of restraint, through which the images foster a dialogue, both between the images themselves and with the beholder.