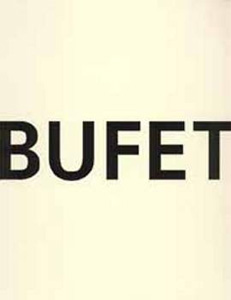 When Tamara Horáková and Ewald Maurer “occupy” Tugendhat House under the title of “Černá Pole”, they consciously subject themselves to the historic and aesthetic inescapability of an existing construction. The residence, built by Mies van der Rohe in Brno from 1928 to 1939, not only serves as a functional architectural backdrop but also as an exemplary historical constellation with aesthetic, ideological and pragmatic implications. This constellation was extended, under the given circumstances, by a receptive behaviour determined  by social politics – the actions and reactions of personally involved people, from the original owners of the house to interested chroniclers of the particular (architectural) history as well as political decision-makers.

Applying a method of fragmentary reconstruction, history and the present were related to each other. A special arrangement of objects – for instance, the skeleton-like restoration of the original chairs and table and the use of large-scale transparencies in an ivory tone, resulted in an installation that maintained a balance of original reality and the artists’ own creation. In other words, by arranging the authentic, which was fragmentarily projected, from a present state of mind, back to the historical space, and by adding elements that were taken from the context but enlarged and alienated, the central room of Tugendhat House was charged with meaning. The intention was to create an awareness of certain aesthetic constellation.