A limited number of signed copies is available on request! Please write “signed copy“ in the field for order notes. 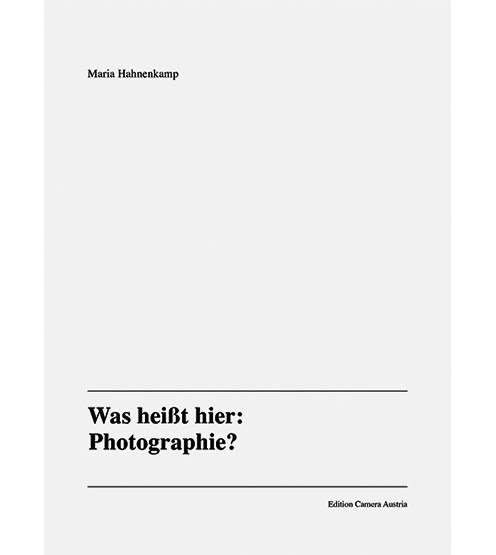 For many years, the artist has been investigating the possibilities presented by the photographic dispositif, with different visual regimes, or shadow and mirror formations, playing an essential role in the construction of (not only female) identity. In her photographic, textual, and haptic works, Hahnenkamp leads us through various reductions of the rendered material, thematizing not only the content of the images, but also their functioning and social use. Through intensified mediatic reproduction, she subjects the process of visualization to psychoanalytical introspection, illustrating the abuse of power evident in the circulation of pictures of women. Hahnenkamp’s pictures tell stories of violence against the feminine, or of its negation, and are executed through the medium of photography. By challenging the representational, in terms of both form and content, she formulates a critique of desire whereby the female body and the photographic apparatus, or its result, are scrutinized as to their basic conditions and laid bare.

A long-standing interest in the work of Maria Hahnenkamp is the foundation on which the publication and the exhibition are based.