February 13, 2004
in the course of the opening of the exhibition
The Restistance of Photography 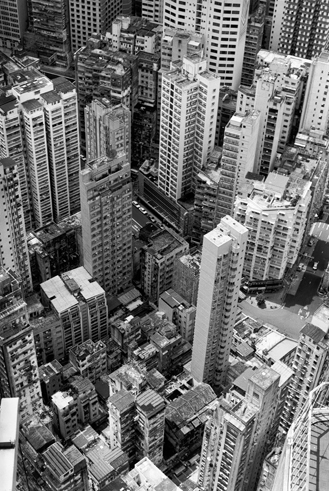 The jury unanimously acknowledged the conceptual stringency of Aglaia Konrad’s photographic practice that has evolved over the years. The work of the Austrian artist, who was born in Salzburg in 1960 and now lives and works in Brussels, focuses on the photographic exploration of the urban space as the central form of organisation of contemporary cultures. In the course of her projects, Aglaia Konrad travels to numerous cities and urban agglomerates the world over in order to document the structure of these urban spaces and thus the architectural and urban planning concepts of the modern age as a global form of appropriating space and society. The archive she has thereby created constitutes an outstanding body of contemporary documentary photography and now forms a discrete subject of research and the starting point for her projects, exhibition contributions and installations.

The associated publications create an autonomous image-space of analysis and representation of complex urban, political and social conditions of the contemporary city – at the same time of the role of photography as a medium of recording, but also as a medium of creating knowledge and history. Most recently, she published her book Elasticity, Rotterdam: Nai Publishers 2002, that visualises the city as an endless ornament expanding in all directions.

The artist has taken part in numerous international exhibitions including the “documenta X”, Kassel 1997, and a number of major international exhibition projects connected with the contemporary city: “Cities on the Move” 1998 and 1999 (Bordeaux, New York, London, Helsinki, Vienna), “Metro>Polis”, Brussels 2000, and “Future Cities” in Canada 2004. Aglaia Konrad participated in the exhibition “Another Continent” that was organised by Camera Austria in 1994 for the Metropolitan Museum of Photography in Tokyo, and also featured in a monograph in Camera Austria International 56/1996 .