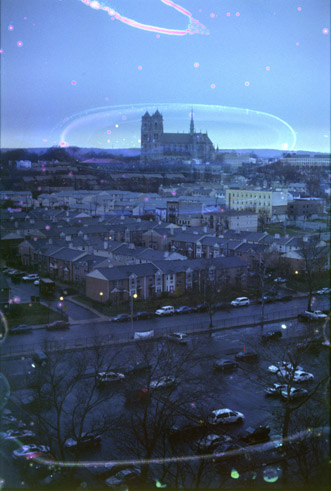 Austrian artist Heidrun Holzfeind (born 1972) is this year’s recipient of the Camera Austria Award of the City of Graz for Contemporary Photography. In the eyes of the jury, Heidrun Holzfeind’s work reflects an important contribution to the continuity and rephrasing of questions pertaining to the documentary and to the role of the medium of photography as situated amongst social and political practice as well as art.

“My works are portraits of simple people at a time in their lives when they are reflecting on their achievements, goals, hopes, and their place in society.” This is how Heidrun Holzfeind describes her critical perspective on the social and cultural structures and conventions established within our present-day lives. The comprehensive documentary projects by Heidrun Holzfeind integrate standpoints and analyses which, in this space, tend to be ignored on the official end or else be exploited by this political realm. The artist fathoms the margin between history and identity, between individual histories and the political narratives of the present. She also blurs the boundaries between video and documentary film by exploring language, aesthetics, and strategies adopted from television, music video, and home video. Her works—as an investigation of strategies for representation and of mediatic depictions of reality—ultimately query the fine line between that which we accept as given reality and what we deem fiction. In the process, Heidrun Holzfeind succeeds in generating a political moment on the far side of political art conventions.

A contribution on Heidrun Holzfeind, including an essay by Raimar Stange titled “Heidrun Holzfeind: On the Inside of the Outside(r): 4 Fragments”, was published in Camera Austria International 113/2011. She had previously participated in the exhibition »Communitas. The Unrepresentable Community« at Camera Austria with her current work “Colonnade Park”