November 30, 2007, 6 pm
in the course of the presentation of Camera Austria No. 100 and the
opening of the exhibition “I am not afraid. The Market Photo Workshop, Johannesburg 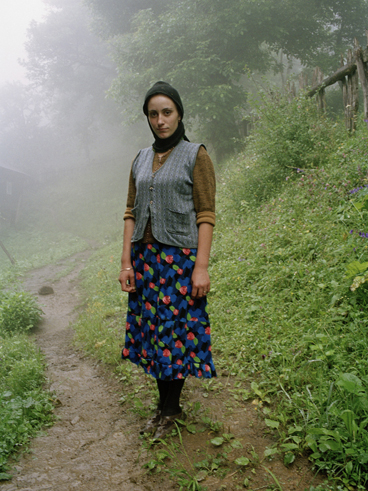 Marika Asatiani’s (born in Tiflis/Tbilisi in 1977, Georgia, and resident there) documentary photography demands an analysis of the country in which she was born and grew up and in which the young artist continues to live and work today: Since gaining independence from the Soviet Union in 1991, the little country of Georgia, bordering Russia in the north and Turkey in the south, has been caught up in processes of profound transformation affecting all areas of social life, be it in a political, economic, or, particularly, socio-cultural regard.

Against this biographical and geographical background, the approach taken by Marika Asatiani – a trained sociologist – in her artistic projects appears of particular interest (and worth bringing into the debate of contemporary forms of documentarism): With her works she combines the goal not only of documenting time and the passage of time in space with the aid of photography, but also of always questioning and processing what she sees and photographic documentary practice. Marika Asatiani presents documentarism as a construction beyond the traditional conception of the document as transparent reality. In her pictures of everyday life she demonstrates that reality is a construct in time and a temporary construct – that is felt to be and indeed is deeply real. Marika Asatiani shows everyday life as the result of social and economic circumstances that are unstable and constantly changing. As such, her work can be seen in the tradition of photographers who shaped and established the image of everyday life as a place of hidden poetry and tensions. At the same time she wants her work to be seen as political and interpreted against the backdrop of the specific history of Georgia. For this purpose, Marika Asatiani deploys a global rhetoric of images to direct our gaze at specific local conditions, while at the same time questioning them.
The jury is convinced that Marika Asatiani’s serious and differentiated work offers a promising starting point for future projects, a fact that the jury feels to be particularly worthy of distinction.

A contribution on Marika Asatiani, including an essay by Daniel Baumann, was published in Camera Austria International 99/2007 .