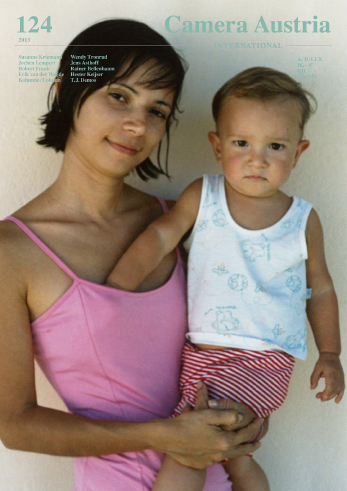 The book as an autonomous work of art has frequently enjoyed an upswing in recent decades. It not only documents and distributes artwork, such as photography, but likewise establishes very unique logics and narrative approaches—basically, a new art form. Photographic artists in particular are prone to use the book medium, which provides a favourable context for presenting and conveying serial works and also the conceptual leitmotifs of a complex oeuvre. Over the past ten years, the artist book has increasingly garnered attention as an independent medium. This is made evident, for example, by the almost inflationary establishment of artist book fairs, which must (also) be viewed as a counterpole to the growing elitist trend of traditional art fairs. What is more, such artist book fairs offer small and self-publishing enterprises the opportunity to move beyond the art market in bringing attention to a group of artists for whom the (all-around accessible, democratic) medium of the book proves to be of cardinal importance to their own work. The focus of this issue is therefore placed on the artist book.
Exceptional examples of working with the book medium are the artist books of the Dutch photographer Erik van der Weijde, whose photographs are almost only to be found ensconced in this medium. Today, after forty zines and books have been created over a span of ten years, Van der Weijde’s works are starting to find expression in the exhibition format, where he prepares his photographs for presentation in space. For each of his series in book form, the artist discovers his own forms, formats, papers, accompanying typography, printing methods, bindings, cover variants, and logics of rhythm and design. His books are self-published by his 4478 Zine publishing entity or in cooperation with independent international publishers. However, nowhere in his cleverly conceived artist books is the photographic image dominated by the book design. On the contrary: everything else bows to the picture and is designed to transport its narrative logic. Erik van der Weijde has penned a short manifesto about book-making, which is helpful in once again imbuing the term “artist book”, which is so often vaguely invoked today, with the necessary acuity and exactitude: it enjoys cult status. Hester Keijser writes about the oeuvre of Erik van der Weijde, about his artist books and his manifesto. We are pleased to announce that Erik van der Weijde’s first institutional solo exhibition will be shown at Camera Austria in 2014.
A similar cult status is shared by the artist books of Robert Frank, which were already created between the late 1940s and early 1960s and, in the present context, must almost be deemed historic. Remarkably enough, Robert Frank, who is today almost ninety-years-old, has upped his publishing efforts in the past three years: thin booklets in which he excursively combines old photographic material with many new pictures arranged in short sentences to create surprisingly coherent sequences. Here social interaction emerges, exploring what is special in everyday life and, conversely, what commonplace facets are to be found in exceptional places—the way that the life of the elderly may well play out each and every second: very special and very prosaic. Honing in on these new books, Rainer Bellenbaum takes a look at the early photographic work of Robert Frank as a decisive dispositif for his filmic and photographic work that was to later evolve.
Like Robert Frank, the German artist Jochen Lempert almost exclusively works with the black-and-white photographic image. While people and their essence or existence play a pivotal role in the oeuvre of Robert Frank, nature and animals are the focus for Jochen Lempert. Everything appears to be guided by an attempted permeation of natural living space, a permeation of various ecological systems: micro-organisms are subjected to observation just as are the evolving formations of flocking birds. Everything has a structure, form, and logic, regardless of how superficially chaotic or marginal it may seem at first: Lempert compiles them in his books to create typologies. As opposed to Erik van der Weijde or Robert Frank, Jochen Lempert has repeatedly taken the exhibition form as an opportunity to produce books. The fact that he has succeeded in reshaping the museum catalogue book format into artist books—while clearly retaining his own conceptual strategies even here—attests to Lempert’s tenacity in viewing the book medium not as receptacle, but rather as a vehicle of artistic work. Jens Asthoff writes about the photographs of Jochen Lempert and the logic of his artist books.
Almost all photographic series by Susanne Kriemann have moved beyond the installative context to fully evolve; nearly all of her series have been translated into their own book projects. In fact, the artist book seems to be well-nigh imperative for understanding her artwork. Kriemann’s research-based working methods, her archaeological approach to her topics, her work with archives and found pictures/texts, and her way of combining her own photographic material—all require a configured systematics for facilitating structure and support rather than necessarily just exposing the subject of her gaze. Graphic elements—such as numbering, titling, chapter introductions, or even colours, fonts, and graphics—set narratives that lead one through the work. Again and again, the representational character of the photographic image becomes blatantly obvious in Kriemann’s books by way of the graphic elements. Her photographs lend themselves to context-related reading and interpretation, with meanings continually being shifted because interpretative means change or pictures become involved in new settings. Susanne Kriemann has collaborated with many exceptional small publishers and their outstanding book designers. From her literary perspective, Wendy Tronrud moves into the space between Kriemann’s pictures and investigates potential interpretations of her photographs in contexts related to book design.
The Forum has been curated by Regine Ehleiter and Rebecca Wilton with a view to the thematic focus of this issue.
We are already pleased to be able to mention the special upcoming issue of Camera Austria International, which will mark the 125th issue of our magazine in spring 2014.

It is with the present issue of Camera Austria International that Maren Lübbke-Tidow is bringing her activity as editor-in-chief of our magazine to a close. Since 1997 she has been strongly instrumental in defining the Camera Austria project as editor, author, curator, and board member, which was heightened even more when she and Reinhard Braun took over management of the institution in 2011. With her formative conceptual positions, Lübbke-Tidow has repeatedly influenced the magazine’s profile in new and different ways. Moreover, she has initiated, enriched, and deepened pivotal debates related to the dispositifs of contemporary art photography and has also charted a convincing new course. We owe Lübbke-Tidow our deep gratitude for her role in contributing her critical, impassioned view of contemporary photography, her wealth of ideas, her passion for publishing, and her enjoyment in working with both text and image to our magazine, exhibitions, and books. We are very pleased that, despite relinquishing her role as editor-in-chief, Maren Lübbke-Tidow will continue to remain engaged with the Camera Austria programme and make future contributions.