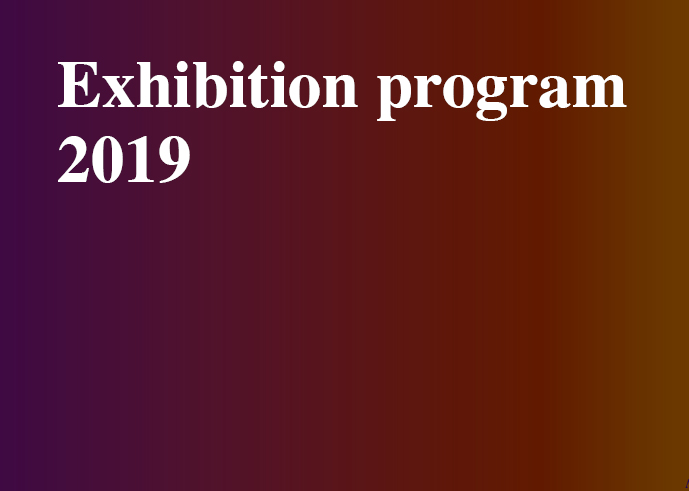 Maria Hahnenkamp is one of the most important artists of the second feminist generation in Austria. In her predominately photographic works, she sparks a critical exploration of the status of the female body in our society. In contrast to her predecessors, however, she does not immerse her own body in precarious performative states. Instead, she analyzes the media-related treatment of the female body per se, also examining the psychological effects on girls and women who are constantly confronted with stylized, idealized bodies in the media. On a simultaneously aesthetic-sensual and intellectual plane, Hahnenkamp seeks a manifestation of this complex system of power and subjugation.
Yet here the artist is always also focused on creating pictures, on the tools, on the particularities of photography both positive and negative, on the gestures of workmanship, on an aesthetically precise execution, and on a proximity to the motif, whether substantive or factual. She often favors the more emphatic fragment over the informative overall view and thus launches a denial of curiosity also on a formal level. The image detail is symptomatic for photography, for it can only ever show a detail of reality. The decision to single out one facet supports the impression that also the reduction of a woman to her body is only part of the truth.

This exhibition brings together two artists living in Vienna who, though in different ways and from different perspectives, are nevertheless very comprehensively addressing central aspects of the photographic.

In recent years, Mladen Bizumic has been intensely studying the details of Kodak’s company history, for which the first digital camera was developed as well. The company did not pursue that technology, however, and was ultimately forced to file for bankruptcy in 2012. Yet Bizumic is not presenting a nostalgic look back or a romantic swansong. It is rather an analytical and reassembling gaze at the transition from an industrial to a postindustrial age, an age in which production and information are merging, when work and time are becoming fluid, of the informal, of representation becoming fluid as well. What consequences does this produce for our understanding of photographic images?

Sophie Thun, in turn, has become known above all for her complex, life-size self-portraits, which she combines with photograms of her body, then photographs herself again with that photograph and shows these layers of self-depiction at wall size in the exhibition space in which these works were usually also created. Where does representation occur, and when? How do the different layers of Thun’s work refer to one another? One can, in any case, no longer speak of being captured by the images but rather of setting a photographic process in motion that finds its point of departure in the experimental disposition of the artist herself. By doing so Sophie Thun also rejects the history of the depiction of the female body that makes it seem like the passive object of an appropriation by (male) representation.

Both positions destabilize our certainties about photographic images, how they are made, what we can see in them and why, and what we can know about them. Is Bizumic’s work really primarily about the Kodak company, or is it rather about a (historical—that is, made, produced, and established) paradigm, which is supposed to determine which images we regard as images of our world and the way that they refer to this world? But could one not say exactly the same about Sophie Thun’s works as well? Is it for her about a way of inscribing herself into the medium of photography, or is not rather much more about how we are already caught up in the layers of this form of representation and wander almost inextricably between its surfaces, like ghosts trying to work their way through the layers of images but without reaching that one surface on which we could find ourselves again?

In her works of recent years, Peggy Buth has shown an interest in urban space as a site of constant superimposition and transformation of the social through economic factors. She trains her gaze on social utopias and their collapse, on the economic but also racist marginalization and discrimination of people. Her current project, “Vom Nutzen der Angst” (The Politics of Selection, 2017–18), takes as its starting point the suburbs in the north of Paris—city districts like La Courneuve sprouted up in the 1960s, when generations of migrants from Africa and the Maghreb settled there after the end of colonialization and the Algerian War. Buth shows the growing dilapidation and destruction of these neighborhoods, which have been instrumentalized as a projection surface for menacing scenarios. These very areas presented a backdrop for the unrest in Paris during the year 2005 after two adolescents died while fleeing from the police.
Another part of “Vom Nutzen der Angst” involves research on social housing projects in the US State of Missouri. There, too, Buth has discovered a history of failed utopias and burgeoning discrimination. In the photographic series “MLK Blvd” (2015), the Martin Luther King Boulevard takes center stage as a former symbol of African-American emancipation in the 1960s. Meanwhile it has become emblematic of a new urban reality and its social injustice and discrimination.
Buth then adds to these critical documentations from France and the US a work about socially degrated districts in the populous Ruhr Area. In her video “Leute wie wir” (People Like Us, 2017), Buth explores the causes of the different forms of social exclusion in German cities like Essen and Duisburg. In the process, she fields questions about the possible meaning of solidarity and empathy, about the history and remembrance of the worker myth, and about the altered meaning of the concept of labor over the course of (de)industrialization and globalization.

Jochen Lempert (b. 1958) has a degree in biology and has been working since the early 1990s on a project shaped by the correspondence and contextualization of individual photographs in larger groups. Here, the perception of flora and fauna in systems of representation within the context of scientific research encounters the individual observation of the animal and plant world within an environment designed by humans. Through analogue black-and-white photographs, an equally fascinating and complex (and inevitably incomplete) inventory of morphological studies arises, which counters the taxonomic classification of animals and plants with very subjective documentary material.
Phenomenology and research-based comparison meet, especially through the idea of the photographic “trace,” which conceives photography as a medium for documenting movement and change, and for reconstructing, developing, and demonstrating various contexts. Cross-references, associations, and correspondences within the groupings of individual photographs whose object nature is stressed also grant new perspectives on our own place within these structures of order and chance characterizing the world. Here, Lempert’s work unleashes a grand visual poetry that is mirrored in a distinctive visual language, which not least lends his oeuvre a unique position within contemporary photography.