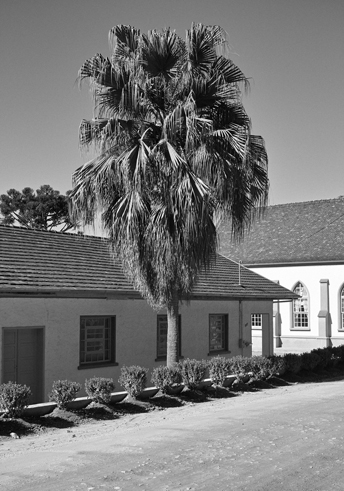 To date, the extensive work of Dutch artist Erik van der Weijde has primarily come to our attention in the form of his artist books, zines, and, more recently, also his magazine called SUBWAY. The photographer has presented more than forty publications over the last twelve years, released by his own publishing company 4478zine or in cooperation with the most prominent independent publishers, including Roma Publications, Rollo Press, Super Labo, and Kaugummi Books. Van der Weijde approaches his topics with great conceptual clarity. The idea as catalyst for copious research; the process of photographing on site (at least in black and white) without undue effort yet with strong precision; the concise selection of pictures during the process of constellating series; the reduction of text to dry information; the production process of making a book, including design, typography, selection of format and paper; the printing technique and binding specific to each book; and finally, the distribution via his own publishing house or via partners from the publishing and distribution sector. Each individual aspect of book-making is founded on precisely calculated decisions related to form and content and is subject to visual monitoring and strategic decisions. Instead of telling stories, Van der Weijde’s work is propelled by remaining embedded in the visual and by arriving at thematic strategies in precisely this sphere.

Erik van der Weijde’s photographic practice is therefore closely linked to his sweeping editorial and publishing practice, with his artwork virtually becoming ordered through the production of zines and books. However, his editing and publishing efforts most especially serve to facilitate the “reading” of his images, which are committed to an unfalsifying documentary style.
It is no coincidence that his upcoming project scheme of creating a comprehensive publication to chronicle the last twelve years of his publishing pursuits as a kind of dérive coincides with increased exhibition activity. This has arisen from his desire to more clearly impart the cosmological context of his image complexes—and to present, more strongly than before, that which has evolved in terms of form and content into individual work series (and therefore into zines and artist books) as an artistic project that brings these photographs together.

When we reflect on the artist books by Erik van der Weijde with his “4478Zine Publishing Manifesto” in mind—which meanwhile contains fourteen simply yet precisely phrased paragraphs—a renewed connection to the strategies of 1960s Conceptual Art readily becomes apparent: departure from the individual image, creating work series, commitment to a documentary style, the ostensible banality of what is captured, bowing to a research-based idea, the book as art form and democratic medium. All of these basic principles are found to be quite accurately honoured in Van der Weijde’s publications. They should thus most definitely be viewed in relation to the type of artist book established by Ed Ruscha. Each of his books is dedicated to a particular subject, none of which seem to relate to the others, for example, housing settlements erected in Nazi Germany, car crashes, animals, portraits of mother and son in staged and re-enacted family photos, corruption in Brazilian politics, found pictures of tanks, firearms, fighter planes, and bonsai plants, prostitution, street lanterns designed by Albert Speer, mighty trees in ominous places, his son sleeping, his mother-in-law in a domestic setting, the Amsterdam canals viewed from a boat, recurring elements in everyday Brazilian culture, Oscar Niemeyer’s Brasília, or the VW Beetle. All of these things encountered in the work of Erik van der Weijde not only share, in equal measure, universal validity; they also lay claim to what is admittedly a quite difficult-to-grasp “meaning” that alludes to an underlying something. This is indicated by the artist’s strategic decision to compile, from the outset, his zines and books into series on a regular basis and to then present them as parts of a greater whole.

The exhibition at Camera Austria, which has been developed in close collaboration with the artist, is thus pursuant to the concept of uncoupling his pictures from the carrier material of the book page and attempting a different approach to viewing and seeing (and also a different act of haptically experiencing) his images—as photographs. Also pursued is the idea of carving out the nature of equality of his different motif worlds as the conceptual nucleus of his work. The order that has evolved in Erik van der Weijde’s work through the publishing of books, each dedicated to a different thematic area, dissipates, as it were, in the exhibition. Rooms separated from each other by two book covers are opened so that the photographs respectively shown there wander out—as if originating in an archive—to form a monumental table sculpture. It is here that the images become re-disseminated in a different way so as to create a new “Gebilde” that is both incomplete and non-completable. One of Van der Weijde’s special skills is to assemble contradictory elements in all of his pictures, be it in portraits of his wife Ana and his son Caetano or prostitutes along the beach, in a photograph of a towering tree at the grave of Adolf Hitler’s parents, or in an image showing cattle ready for slaughter, in pictures of public rubbish bins or the representational architecture of Brazil—elements that are familiar and alien, banal and exceptional, absurd and normal, tragic and comical, allowed and forbidden, innocent and guilty, full of love and desire all at the same time. In his photographs, Erik von der Weijde services forms of visuality that allow beholders to see and watch, and perhaps also to recognise how all of these things interrelate, are mutually dependent, and also become situated in these particular contexts.

On the heels of exhibitions by Wolfgang Tillmans (2007), Annette Kelm (2009), Tobias Zielony (2011), Sven Johne (2013) and Joachim Koester (2014) this show at Camera Austria is likewise the first international solo presentation of the artist in Austria.

Erik van der Weijde (b. 1977 in Dordrecht) studied photography at the Gerrit Rietveld Academie and the Rijksakademie van Beeldende Kunsten, both in Amsterdam. Since 2003 he has published over thirty-five books and zines, either under his own imprint 4478zine.com or with other renowned publishers, such as ROMA Publications and Rollo-Press. Van der Weijde currently lives and works in both Brazil and The Netherlands and is represented by Chert Gallery, Berlin.