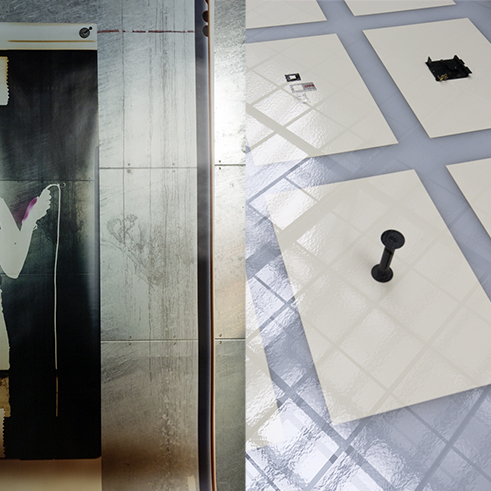 Getting into photography always also means getting into an elaborate apparatus, a widely sprawling dispositif, a kind of machine, but which one? Into the technological machine, the cultural one, the body machine, the desiring machine, the machine of fixing and classifying, into the artistic, aesthetic, scientific machine, the machine for the production of subjectivities and identities, or into the historical machine (to name just a few), which in different ways, by different strategies, can be brought to light, applied, reflected on, suppressed, liberated, or criticized? Félix Guattari proposed seeing machines as interfaces in order to counteract their foreignness—and in order to get over the fascination with technology and the humiliating form it sometimes adopts, we have to reconceptualize the machine.
Another proposal sounds considerably simpler: “You press the button, we do the rest.” The Kodak company long tried to keep us out of the complicated interplay of technology and culture; it left us entirely to our gaze, to our own desire to record, remember, and pass on, to our innocent instrumentalizing of representation, all quotidian, all culture. The technology is shifted to the other side of life, becomes invisible and inaccessible like nature itself. Yet suddenly a profound change begins to emerge in this industrialized nature of photographic representation; the analogue age moves toward its end. The technical, cultural machines, even the desiring machines, have a history, too, and it marches on.

In recent years, Mladen Bizumic has been intensely studying Kodak’s company history in detail. Founded in 1880 by George Eastman, Kodak has had a decisive influence on the collective visual memory since that time; in the U. S., people spoke of a “Kodak moment” when a private event was felt to be important enough to be recorded for posterity. In 1976, Kodak reached a market share of ninety percent in the photographic film sector in the United States. The year before that, the engineer Steven Sasson had built the first digital camera for Kodak, but the company’s board refused to develop that prototype into a marketable product for fear of risking its profits from film. The inexorable decline began in the 1990s; finally, in 2012 the company had to declare bankruptcy. “Kodak Employed 140,000 People. Instagram 13” from 2017 is one of the works that Bizumic dedicated to the “phenomenon” of Kodak and its disappearance. Around 500 film canisters are distributed across the walls of the exhibition in a grid of several rows. Within this grid, other works are placed: “The Picture Made after the Last Picture” (2016), “Kodak (Presence)” (2014), “Kodak (Rolls)” (2014), and, among others, “One Second after the Digital Turn” (2003–16), consisting of a negative mounted on a matte analogue print, mounted in turn on a larger glossy print. Everything here is analogue; Bizumic works largely with analogue means, and with Kodak film more or less from the beginning. The film canisters, the packaging boxes, the negatives, the prints—the entire materiality of the age of analogue photography is present, arranged, mounted, reorganized. Strips of negatives are applied to the wall; plastic film canisters stand on frames; it is a unique world of handling, examining, selecting, enlarging. “Kodak (One and Three Images)” of 2015 shows nine prints from a roll of film that the artist forgot in a bag for a long time: strangely violet, a tree in various views from below, as if the shutter release had been pressed at random; the tenth “image” contains the corresponding slides including their frames as well as a USB stick, on which, perhaps, the data from the same images is located. The digital literally appears enframed by the analogue for the last time, strange among all these (still) familiar photographic materials and their aesthetic properties.
Yet Bizumic is not presenting a nostalgic look back or a romantic swansong. It is a (by all means conceptual) look at something we are accustomed to call a paradigm shift. It is about the transition from the industrial to a postindustrial age, an age in which production and information are merging, when work and time are becoming fluid, of the informal, of representation becoming fluid as well. What Kodak needed 140,000 employees for, Instagram managed to achieve, more than three decades later, with just thirteen, yet probably already with greater reach. But what does that mean for the photographs themselves? Bizumic asks what photography can be, what it was, and what it will be. In doing so, he makes use of a conceptual experimentation that requests analogue material as its base, nesting and reassembling its diverse material aspects, the unrepeatability of its results, the resistance of the material and of its qualities, its use in everyday culture, and the “naturalization” that this specific materiality experienced over the course of 150 years—and the latent anachronism that begins to cling to all that. But what does this mean for the history of the construction of a view, of a perception, and of an interpretation of the world? It would be a mistake to assume that Bizumic is suggesting in his works revolving around the “phenomenon” of Kodak that within the analogue world of photography this view, this perception, and this interpretation would have been less artificial, less constructed or produced. On the contrary, Bizumic works out for us the history of the constructedness of perception and representation: a history in which representation, photographic images, have always already been part of a complex dispositif, artificial and produced, within which the perceived world and the perceiving world constantly reshape, supplement, contradict, reinterpret, and update each other reciprocally. In a certain way, Bizumic takes on the challenging task of reconceptualizing for us one photographic from the viewpoint of another photographic.

Mladen Bizumic, born 1976, lives and works in Vienna (AT) and Auckland (NZ). He studied cultural studies at the Academy of Fine Arts Vienna and fine arts at the University of Auckland. By working predominantly with photography, Bizumic makes installations that appear like sites or scenes that await the event of their occurrence. There is constant tension between the works and their display. Selected exhibitions: Leopold Museum, Vienna; George Eastman Museum, Rochester, New York (US); Sies + Höke, Düsseldorf (DE); MAK – Austrian Museum of Applied Arts / Contemporary Art, Vienna; the 10th Istanbul Biennial (TR); the 9th Lyon Biennial (FR); the 3rd Vienna Biennale; Zachęta – National Gallery of Art, Warsaw (PL); the 1st Auckland Triennial (NZ).

Sophie Thun, born 1985, is an artist based in Vienna (AT). Her complex photographic interventions explore the construction of the self in the conflicted space of representation. She is board member of the hackerspace Mz* Baltazar’s Laboratory and member of the artist collective <dienstag abend>. In the context of the 58th Venice Biennale, Thun is part of the project “images of / off images” for the Austrian Pavilion. Her work has recently been shown at Bank Austria Kunstforum, Vienna; Austrian Cultural Forum in Berlin (DE); Kunstraum München, Munich (DE); during Les Rencontres d’Arles, Arles (FR); ICA Yerevan (AM); New Jörg, Vienna.