Opening hours
Tuesday to Sunday 10 am to 5 pm 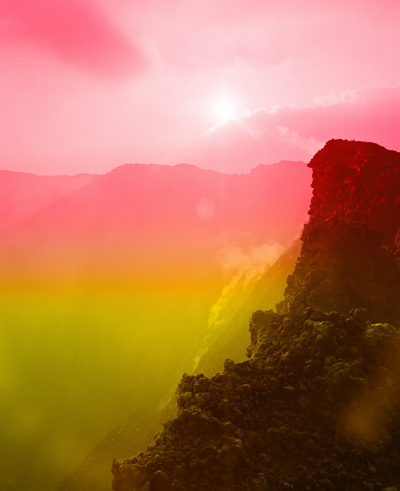 28 March
At new moon tomorrow it will have been four full months since we pitched camp here, and still no news from Paisley. He departed with over a hundred men and just as many porters, following the Mbambéré upstream, and was supposed to dispatch a message as soon as a ford had been discovered, or even the K’Onga mountains, which he and others considered to be near the source of the river.
Thomas Wisser

In 1799, Mungo Park’s first travelogue was published, Travels in the Interior of Africa, together with a map by James Rennell, which was conceived as geographic detailing of the journey undertaken by Park between 1795 and 1797 as the first European to push through to the banks of the Niger River in what is now Mali. However, Rennell added a mountain range of his own accord—the Mountains of Kong—in order to explain the course of the Niger, which issues from a spring located only 300 kilometres from the coast of the Atlantic Ocean and runs inland. Well into the early twentieth century, the—fictive—Mountains of Kong were published in countless atlases, despite Louis-Gustave Binger having determined in the year 1888 that the mountains do not exist.
In the context of this exhibition project for Camera Austria, Markus Krottendorfer is interested in the manipulative moment of pictorial regimes, in questions of deception, fabrication, and falsification. Taken alone, none of the above would be noteworthy if they did not all serve to perpetuate certain concepts, hegemonies, and phantasms of mastery. So it involves more than just an—unspecific yet widely ramified—uneasiness with the veracity of image formations. We have long become used to encountering images with reservations and scepticism, especially documentary ones. Nonetheless, images still continue to play a part in the construction of our present, sometimes powerfully pushing their way into almost global publics and thus highlighting events and history—we need only think of the tragic case of the drowned Aylan Kurdi.

This ambivalent situation of visual power, on the one hand, and distrust in imagery, on the other, seem to suggest—again and again—that images must be queried, despite everything, for perhaps they should not be conceived as merely showing us something, primarily as pure representations, as something visual. Instead, they must be understood as a showplace where, at a given time, power, desire, violence, knowledge, discourse, and history converge in a specific strategy of representation in order to engender a present and make it seem plausible. So Krottendorfer, with his interest in what obscures, distorts, perverts, and misconstrues images, in how they can deceive and conceal, references such an expanded concept of the image, which views the image itself as the result of an incessant processing of reality.
When Krottendorfer himself embarks on journeys, seeks out specific sites, and leaves us in doubt as to whether “in reality” other places are being shown—when he hires an author friend to draft a fictive expedition journal, or presents archaeological finds—then it is not merely a game of confusion that is yearning to be discovered. Nor is it a statement by the artist intended to prove the arbitrariness of any (written and) visual assertion. Instead, he is delivering commentary, still highly pertinent, on the role of the visual in the framework of the production of knowledge and truth. For Krottendorfer, the visual is always associated with identity, memory, knowledge, history, and experience. It articulates a claim, an approach that he prefers not to correct after the fact or rectify. Instead of being motivated to set right against wrong, the artist seeks to reconstruct the strategic and power-and-political establishment of the undecidability of this question.

So which images describe our world, or even just a certain excerpted history of this world? Or which images have essentially influenced its meaning? On which presuppositions and political or scientific constructions does the image selection rest? How has their meaning become rooted so as to function as global icons? All of these questions also revolve around the position from which the obscuring, distorting, and deceiving takes place, from which site—social or political—the undecidability becomes established and is maintained, a place that initially seems absolutely natural but is nonetheless an utter construct. This is that unnamed place from which the world is beheld, from which it is surveyed and described, and also the place from which images are seen and made. Stuart Hall identified this place with the absent yet all-commanding white eye used by Western science and Western common sense to capture the world: the unnamed place from which the world is viewed and which is inevitably shaped by (white) hegemony.
Krottendorfer is of course intending to criticise this place, but not by exposing or denouncing it, and also not by suggesting another—more truthful—place. He initially allows this place to reappear, encircling and highlighting it through his own pictures: situating image production alongside the implicitness of the non-visibility of the unnamed place.
Two seemingly unrelated incidents—which, however, belong to the same history of the presumed description of the way things are, of the implicit construction of an origin or reality—form a kind of hinge for posing pertinent questions about the politics of the images. Yet the unnamed place from which the world is beheld cannot simply be rendered, even by Krottendorfer, though it becomes ever more visible when a narrative founders, when the unity and identity of history and power shatter, when the narrative exposes itself as manipulation, construction, desire, and claim to power—as in the case of the Mountains of Kong and the Piltdown Man.

In 1912, the British barrister and amateur archaeologist Charles Dawson found fragments of a skull and a lower jawbone in a gravel pit in the village of Piltdown in southeast England. The Piltdown Man was initially estimated to be about 500,000 years old. The Piltdown finds were eminently significant for tracing the developmental steps leading to modern man—and also because they seemed to prove that modern man (with his characteristic and notably large brain volume) evolved in Europe, or, more precisely, in the mother country of the British Empire. This likely explains the broad acceptance granted the “Eoanthropus dawsoni” at first, although the circumstances of the discovery remained dubious. In 1953, the onetime archaeological sensation was ultimately debunked as a falsification thanks to reliable dating methods.
The history of the Piltdown Man illustrates how the question of origin and of evolution is constantly being reformulated and reanswered—for now—again and again. Objects like pictures essentially fill a void, touch upon something unrepresentable—blind spots for both the knowledge and for each representation. A fictive authenticity was staged in the case of the Piltdown Man in order to conceal these blind spots.
Of course, Europe’s primate, supposedly verified by the find, corresponded to race theories of long-standing political efficacy; the find also legitimised further colonial expansion and dominance. Converging here are ethnography, anthropology, geography (just think of the Mountains of Kong), and racism. The humanoid person can ultimately only be conceived as being white—a missing link in which political, cultural, and social antagonisms literally materialise.

However, Krottendorfer is not primarily concerned with renewed criticism of this racialisation of history, politics, and representation. Instead, he is interested in the attempt to trace the obfuscation of a place, the power of a place, where people show, speak, rule, and write (history). Charles Dawson’s intention to deceive and the Mountains of Kong basically prove the impossibility of filling such a void (of truth) or eliminating the blind spot, which would conclusively confirm one’s own position for wielding power or else transform it into an abyss. The attempt to close the colonial wound through evidence of dominance with the help of a—falsified—artefact or invented mountains was simply bound to fail, although not because falsifications were at play here, but because this place cannot be occupied or secured on a very fundamental level.
On this score, Krottendorfer’s obvious disinterest in the veracity of the photographic aims not such much at a critique of the production of truth itself, but at that state in which images can never fully mandate what is seen or shown, and that they, for this reason, as images, can neither actually confirm nor refute. It seems downright irrelevant whether, in the scope of the exhibition, we are shown pictures of an African mountain range, so whether the artist has visited an “original showplace”, or whether we are “merely” dealing with photographs of other mountains. Of primary interest is not necessarily what is shown, but rather what—(also) with the aid of images, especially photographic ones—could and can be articulated.

Under what conditions can a connection between knowledge, politics, and images or artefacts be forged or devised as a means of articulating the present? How can this connection be interrupted? Surely, both the—falsified—Piltdown Man and the—fictive—Mountains of Kong articulate an entire cultural and political formation of deception and manipulation of history and geography, as well as the allure of politics, that is, a formation of the exercise of violence and mastery. This powerful formation, infiltrated by collective memory far beyond the nineteenth century, cannot be simply unmasked by “counter-images” or by the implementation of an artistic authentication as adversary to historical and political fiction.
However, this articulation—like any other—can be disrupted at strategic points and become entangled in its contradictions. Krottendorfer avails himself here of a manner of deception; instead of closing gaps (of visibility or of knowledge), he himself remains fragmentary, essayistic, associative, and employs the seductive power of aesthetics. We might consider this a kind of revival of the futility of occupying that place from which the origins or the certainty can be viewed.
Numerous contemporary artistic positions in the field of the documentary revolve around the problematics of understanding realities—even historical ones—as something that was constructed through conflict about their meaning, a conflict that is also subject to what visual material was and will be provided. Indeed, representation continues to be “a political process and involves the power to make meanings of both the world and one’s place within it” (John Fiske). In this respect, the project by Markus Krottendorfer revolves, as if of its own accord, so to say, around this issue of the power to generate meaning, to write and codify history, and thus to suppress other possible meanings, other possible histories. As such, the documentary is not primarily a formation of images, but, what is more, a practice of knowledge production that calls upon us not only to see, but also to engage in a cognitive process: images, entangled in ambivalent statements and contradictory discourses, allowing for the construction of realities in the first place, both historical and present ones. “Assembling the present so that it might be conceived differently, liberating time from its rhythm—today this would be the job of a documentary language of things. The subject of the documentary image is thus neither its object nor reality as such; instead, it is the present day that can allow it to flare up” (Hito Steyerl).

The exhibition is accompanied by a homonymous publication in the Edition Camera Austria, with texts by Reinhard Braun, Anette Freudenberger, Bernhard Kellner and Thomas Wisser, and 32 colour illustrations by Markus Krottendorfer.