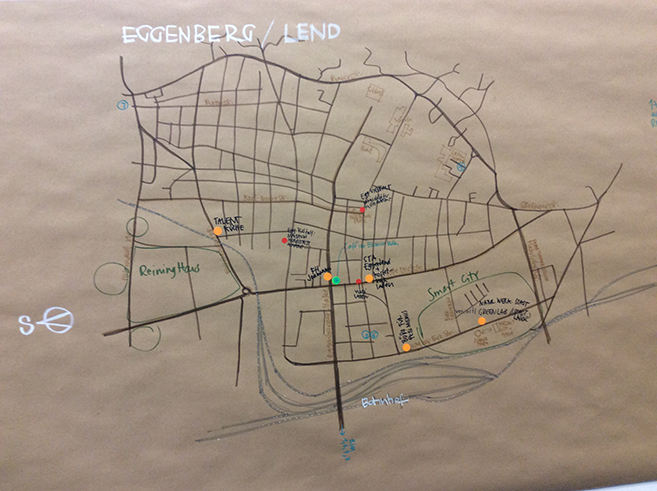 What’s become of the idea of ​​a good life (in the city and elsewhere) in a twenty-first century already well underway, considering that the pursuit of a “good life for all”—“Buen Vivir” or “Vivir Bien”—was accorded constitutional status in Ecuador (2008) and Bolivia (2009) and has since been the subject of international debate as an alternative to rampant neoliberalism’s devastation of society and natural resources?

What, indeed, happened to the idea of ​​a good life? Does it need to be defended, reconceptualized, renewed? To whom does it apply, to whom should it apply? Who or what interests threaten it? How does this idea relate to the city of the present day? What aspects of contemporary life need to be examined to answer these questions, at a time when the city, or rather the urban complex, has become the central phenomenon of many societies in that more and more people worldwide live in ever larger cities or metropolitan areas?

“The City & The Good Life” seeks to provide a broad framework for stimulating a debate over the good life in the city; it focuses primarily on the Graz district of Eggenberg. For several years, this district seems to have been playing an increasingly important role in Graz’s urban development. Numerous housing projects—the Eggenberge, the Smart City, parts of the Reininghaus Grounds, and other construction plans—are changing Eggenberg and bringing new residents to the district. For this reason, the project focuses not on Camera Austria’s immediate vicinity in the city center, but rather on this district in transition, which seems to be changing the city’s overall structure. The following questions originally formed the point of departure for the project: What role do cities play in view of the many social and cultural conflicts and crises we see? How do we interpret these questions together with an eye to the specific local situation in Graz? On what scale are we able to envisage our common city? What demands for a good life in the city can we formulate collectively?