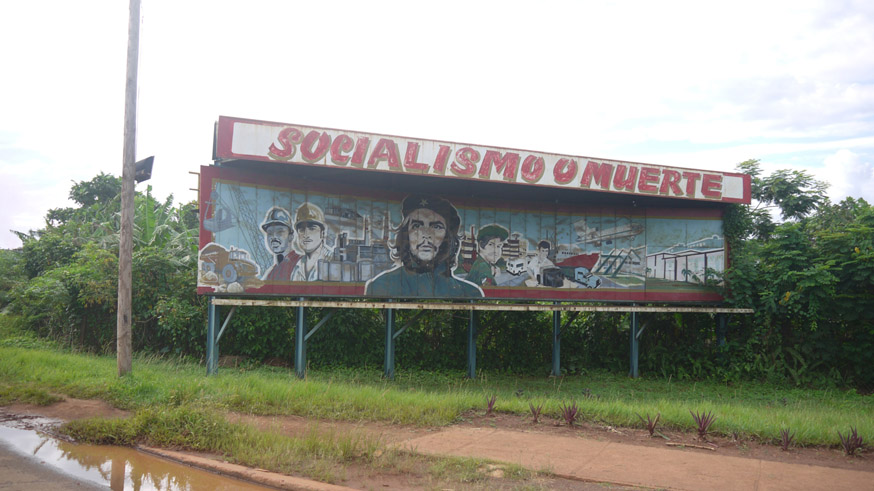 “If you want to go to Cuba, then do it fast, because socialism is ending there and what happened to Russia in the late 1980s is starting.” This is the advice of a Russian tourist written on a website. And a travel guide recommends: “Nostalgic vacationers should travel to Cuba now, for it is unclear, at least since the severe illness of Fidel Castro, how long the stronghold of communism will survive.” So now, in the early twenty-first century, communism has become a tourist attraction, with a visit to Cuba being a journey through time and politics a nostalgic memory of the times when history was still being made.
In 1964 a Soviet-Cuban film team, under the direction of Mikhail Kalatozov, shot a two-hour film about Cuba, “Soy Cuba”, telling its revolutionary story through epic pictures. Conceived as a propaganda project by two nations connected by their establishment of socialism, which provided the producers with all necessary support for over two years, the film was greeted with no success whatsoever. Since the Cubans did not identify with the images or the story, the film stopped being shown a week later and was even banned in the Soviet Union.
Assembled in the film is basically a whole gamut of revolutionary elements, with the stunning landscape of the Caribbean island providing the backdrop: hedonistic Americans, women forced into prostitution, an impoverished rural population, the brutal police force, the persecution of insurgents, and the victorious revolution. Yet apparently no reality effect set in at the time, and it wasn’t until much later that the film was rediscovered as a cinematic masterpiece – when the revolution was nothing more than a memory and still present only in the film itself, or today as graffities along walls and on house exteriors: “We will always remain loyal champions of socialism”; “The victory was, is, and will always be ours”; “Long live Fidel and Raul”; and even “Socialism or Death”.
In the summer of 2012 Anna Jermolaewa visited some sites shown in the film, for instance the legendary “Hotel Capri” and the cinema “Teatro Cuba”, where the film premiere was celebrated; she speaks with members of the crew who worked on the film, such as Enrique Pineda Barnet, who helped to write the screenplay. The journey aims to trace the filming process and the relationship to the contemporary Cuba of the 1960s as conveyed within the film, and thus also the position of artistic reality vis-à-vis the reality of politics and history before the last vestiges are removed and vanish into nostalgia.