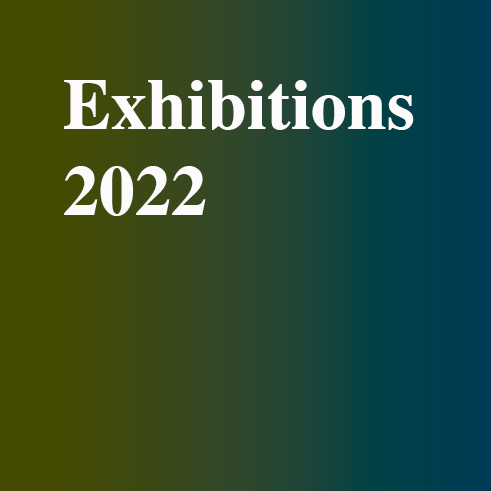 When the typical impressions of societies are most evident at their peripheries, then what is awaiting photography itself along its edges, granted they are even still discernible? In 2022, in any case, Camera Austria’s exhibition program is moving in the direction of contemporary cinema, experimental film of the 1970s and 1980s, present-day colonial manifestations, and surfaces that are deeply ingrained in the media apparatuses of our present. At play here are instances of documentation, the psychoanalysis of images, the specters of colonialism, and the seductiveness of devices.

The films by Vienna’s director duo Tizza Covi and Rainer Frimmel count among the most fascinating and sensuous works of recent Austrian film history. They are shown at international film festivals and have received numerous awards. At once social realistic and poetic, the films are compelling not least due to their tender treatment of and affection for their protagonists, sometimes played by amateurs. Less well known is the photographic oeuvre of Covi and Frimmel. While these photographs may be considered a preliminary study for the duo’s films, they must also be seen as independent perspectives and artistic concepts—though analogue film and photo materials represent a parallel use.

In 2022, the Diagonale – Festival of Austrian Film will be focusing an extensive program on the two directors, and Camera Austria will be presenting a first comprehensive exhibition of their photographic work. This joint endeavor is the first sweeping presentation of Tizza Covi and Rainer Frimmel’s oeuvre.

Laura Mulvey and Peter Wollen are best known as film theorists and filmmakers. As writers, they made highly influential interventions in film theory such as Mulvey’s Visual Pleasure and Narrative Cinema and Wollen’s The Two Avant-Gardes (both 1975). Between 1974 and 1983, the duo made six films together, seeking cinematic forms that investigated and countered dominant languages of looking, signification, and narration, and that could engage the viewer in conceptual debate. Across writing and filmmaking, their works bring into contact semiotics, feminism, psychoanalysis, and histories and theories of the avant-garde.

These concerns, although modulated and reworked in different ways, continue in the projects they undertook separately from the mid-1980s onward.The exhibition at Camera Austria opens up new ways of understanding this body of work by foregrounding Mulvey and Wollen’s multiple engagements with photography, including documentaries about artists working with photography (such as Tina Modotti and Milton Rogovin); theory films that reflect and challenge the cinematic, and hence photographic, gaze itself; numerous critical essays on photography and its relationship to other cultural forms; and their role as important interlocutors for artists working with photography.

Belinda Kazeem-Kamiński was honored in 2021 with the Camera Austria Award for Contemporary Photography by the City of Graz, which is granted every two years. Her photographic explorations are closely tied to the researching and questioning of colonial history and its heritage.This gives rise to works of art that are insightful and poetic in equal measure, deliberately open, at times fragile and hypothetical, works that make it possible to share (hi)stories from the perspective of those whose (hi)stories have been silenced. This involves not only the act of making-visible the suppressed, but also the reconstruction of subjects and their capacity for action, of which modernity/colonialism (Walter D. Mignolo) deprived them. Her works serve to facilitate critical insight into how colonialist perspectives and power relations live on, while at the same time presenting new imaginaries rooted in Black radical tradition. In this way, finally, Kazeem-Kamiński opens up opportunities to dream, based on a future designed in a new way, of a different present that is no longer incessantly haunted by the ghosts of the colonial past.

Since the early 1980s, Günther Selichar has been distinctly consistent in facing the production of images flooding us in the media and the related consequences for constantly changing media democracies. The focus of his photographic work is placed mainly on the material components of image production and the technology they are founded on. Screens, displays, flashlamps, spotlights, and scanner surfaces are staged, usually preceding the image yet without becoming a part of it. Even before conveying messages they appear to be reduced to their basic functionality. Astonishing aesthetic parallels to abstract painting or Minimal Art become evident in the process. In Selichar’s works, a desire for the real as a desire for imagery seems to reach a dead end, endlessly turning circles around itself because there is nothing to be seen behind it. With the presentation of the project Nächtliches Realitätenbüro (Nocturnal Reality Office, 1981-83), we join Selichar in going back to the beginning of his explorations of this desire. Accompanying the exhibition will be a publication with the catalogue text from 1984 and a conversation between the artist and curator Reinhard Braun. Parallel to the exhibition in Graz, the Museum der Moderne in Salzburg will be showing a comprehensive retrospective of the artist’s work.