And then there were three more is a series of three presentations in addition to the regular 2021 exhibition program at Camera Austria. 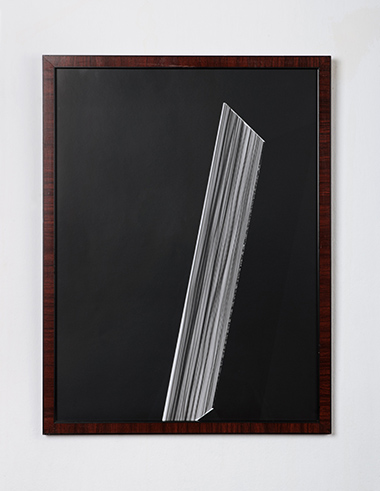 This exhibition is the final one in a series of three presentations in addition to the regular 2021 exhibition program.

“Wahrnehmung,” the German term for perception, still goes back to the idea that people could regard something communicated by the senses as “wahr” (true): I know that it’s true because I saw it with my own eyes; I know that it’s true, because I heard it with my own ears . . . But just as old as this notion are the doubts about whether what is perceived corresponds with the subject of the perception—Plato’s cave and the consequences. Instead of perceiving what is true, perception is revealed to be a production of a sensory phenomenon that trusts illusion and semblance. But the now common knowledge of the misconception of the term “Wahrnehmung” has changed nothing with respect to how it continues to be relied on in the practice of everyday life so as to carry out tasks and ask questions. This has been joined by a history of technology that assisted the impeded and impeding sensory apparatus of human beings as a corrective. It was supposed to ensure that more is seen than can actually be seen by the naked eye, to provide a more precise and more objective picture to compensate for the deficiencies of perception, indeed to come closer to the truth medially. The talk of an “object lens” in photography still bears witness to this correction of subjectively colored seeing. Photographic pictur are now supposed to testify to what eludes perception. The apparatus promises an uninfluenced picture, document and evidence at the same time, based solely on optical, physical, and chemical processes—making the distance separating the object from its likeness a merely medial one. Due to their technical and scientific provenance, the apparatus-related and medial dimensions of this distance seem to be immune to the subjective; the inescapable interpretation by means of perception and an associating of the subjective with the objective are now history.

But doubt about the objectivity of this merely medial distance also has a history. It extends from the knowledge of the manipulability of pictures to the available filters and correction modes, which are today inscribed in every photo editing program. Clarifying this issue and criticizing this would be like carrying coal to Newcastle. The situation is different in the works of Ulrike Königshofer who dedicates herself to precisely this medial distance. What interests her is not just revealing the deceptive quality of the allegedly objective character of apparatuses, but also—if you will—bringing to light a mutated form of subjectivity in medial devices. When she, for instance, in the series of works Zero (2021) takes photos in complete darkness, she then makes the apparatus itself compensate for the missing information by means of interpretations. Depending on the sensitivity of the different camera sensors, these missing elements, this lack of light and information, are interpreted in various ways and correspondingly produce different pictures. The same motif “motivates” different “perceptions” by the media technology. Not only the semblance of the objective, but also a subjectivization that extends even to the programming of the process through which pictures are generated thus becomes visible. What appears in these works is a concept of technology that behaves like a subject—a pseudo-subject, which simultaneously interprets and generates the meanings and “settings.” The same holds true for Königshofer’s work series Picturing Pictures (2018), in which she presents each of the various technical perceptions of reproductions of one and the same artwork next to one another, to thus expose the scope for interpretation and the difference between the medially generated translations themselves. The alleged likeness bears the traits more of an original and self-created translation than that of a “reproduction.”

What Königshofer thus succeeds in doing is documenting a concept of subject that lets its voice be heard in and as technology. This simultaneously enables her to conduct a dialogue with the different media technologies in order to get their inherent subjectivity to speak—to grant authorship to media which their concept intended to keep concealed.

Ulrike Königshofer lives and works as a visual artist in Vienna (AT) and deals with aspects of likeness and perception, above all in photographic and media works and installations. Born in Styria in 1981, she attended the Ortweinschule in Graz (AT) and the University of Applied Arts Vienna. Since completing her studies, she has spent a lot of time working abroad, for instance in Paris (FR), New York (US), or London (GB). She has presented various solo exhibitions, such as at the Austrian Cultural Forum in New York (2016), at the Künstlerhaus, Halle für Kunst & Medien in Graz (2015–16), or at the weisses haus in Vienna (2012). Her work has already received several awards, including the Art Prize of the Graz-Seckau Diocese (2019), the Erste Bank ExtraVALUE Art Award (2016), the vienna­contemporary Artproof grant (2016), and the Austrian State Scholar­ship for visual art (2016).