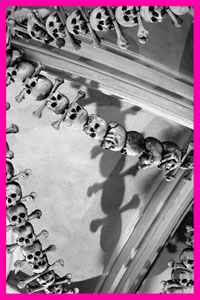 In their photography, film but also sculpture projects, the artists invited to the “What We Bought”* exhibition project work with deliberately calculated moments of unreasonableness and going too far. The ostensible detachment in their material-emphasising, often sweeping, extravagant but nevertheless precisely staged representations results from a meticulous observation of the respective immediate living environment: In their concepts, among other things they appropriate the everyday scrap of our consumer culture, making it the basis of their work.
In a refusal to become “productive”, they accumulate pure surface, appropriating those aesthetic phenomena that have become part of our (Western) cultural and consumerist domestication in everyday life. Their works arise from the object worlds of our designed-to-death environment: From meaningless fetishes that already exist, from the mass-produced goods of Western affluent societies, throw-aways obscenely manufactured in the sweatshops of low-wage countries. Rather, beyond a criticism of capitalism (which could also be a fruitful starting-point in this context), the artists are guided in their works by an ostensibly affirmative fascination with the never-ending stream of goods, mass and surface, and associated concepts such as beauty and fetish. However, by working the material in sharp-edged staged shifts, the artists lend a strange hyperpresence of reality to the (often meaningless) things and objects found in the everyday world and focused on in the works. In an attempt to come to terms, the image becomes a vehicle for metamorphoses and fetishisations of our everyday world, in a recourse to carnevalesque methods some of the exhibited works also oppose those economies of the body that strive to make the body “utilisable” for society and to normalise it, “closeness” is experienced as an excessive demand. What gestures are still possible?

* The title “What We Bought” is a reference to the title of the artist?s book by Robert Adams, in which the photographer documents the process of economisation and acceleration in his immediate environment, the Denver Metropolitan Area, from 1970 to 1974.