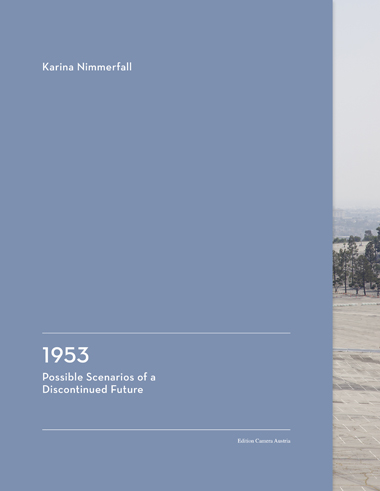 “This is not a dream project”, asserts Richard Neutra—defending, in an unpublished manuscript, his master plan for a new modernist form of utopia: a city within a city, designed for a population of 17,000 at the site of Chavez Ravine, a location situated just northwest of downtown Los Angeles. Being troubled from the very beginning—with the mainly Mexican-American communities living in Chavez Ravine threatened with dislocation and concerns being voiced by professionals about the project’s density—Elysian Park Heights was intended to be the centrepiece for a citywide “slum redevelopment”; but instead of becoming a prototype and providing a model for future low-cost housing, it represented a shift in Los Angeles from “the vision of a community modernism of the Left to a corporate modernism” of the political Right (Don Parson). Supported by the Red Scare politics deployed during the McCarthy era, Elysian Park Heights fuelled a well-publicised public housing war, where the public opinion was politically and medially manoeuvred by the Los Angeles Times, powerful private developers, real-estate lobbyists, and downtown business owners. In 1953, not only was this project defeated, but so were other public housing programmes far beyond Los Angeles: “Public housing virtually ended in California state legislative hearings on un-American activities with key members of the housing authority baited as communists and the mayor voted out of office” (Dana Cuff). By the end of the decade and in the name of progress, the social vision of Elysian Park Heights became Dodger Stadium, home to the professional major league baseball team, relocated from Brooklyn.

1953. Possible Scenarios of a Discontinued Future is dedicated to this shift in politics, represented both in the architecture and in the urban transformation of Chavez Ravine. Beginning with current footage, filmed on location, of Richard Neutra’s progressive Channel Heights housing project from 1942 in San Pedro, which was destroyed in the late 1970s, the project follows the traces of history to the Los Angeles County Museum of Art, Elysian Park, and Dodger Stadium, as well as Richard Neutra’s own house, the VDL Research House, “projecting” the built architecture onto the formerly designated site of the housing project.
The filmic images are accompanied by a fictional narrative—a script assembled solely from historic quotes by different political, cultural, and intellectual stakeholders found in archival historic records (such as the personal manuscripts of Richard Neutra, technical reports, newspaper clippings, congressional records, newsletters, architecture and lifestyle magazines, etc.) from the time period between 1942 and 1962. Put in relation, the single quotes create a lively discussion, which—placed in fictional scenarios—express the opposing ideas and heated atmosphere at that specific time in history.

Through the use of text and film, a series of locations blend factual and fictional space, and an imaginary scenario is created. Referring to today’s speculative real-estate values of this historic site and the architect’s reputation, as well as the proposed development’s clear parallels to massive (contested) high-density public housing projects, a portrait of an actual, yet imaginary, space offers a range of visions relating to a city’s geographic and cultural past, present, and future.

Karina Nimmerfall is an Austrian visual artist based in Berlin (DE). Her projects are generated from concerns found in the reciprocal relations of architecture, media, and the perception of space. Engaging questions in regard to space, place, and urban structures, as well as their conditions within a cultural and ideological system of representation, they aim to form an investigation around the impact of image production—not only on architecture and urban settings themselves, but also on a variety of concepts surrounding the construction of reality, memory, and history. Karina Nimmerfall studied visual arts at the University of Fine Arts in Hamburg (DE) and art history at the University of Vienna (AT). She was recently Artist-in-Residence at the Valand Artistic Research Center at the University of Gothenburg (SE, 2012) and Visiting Artist-in-Residence in the Graduate Studies Program at Art Center College of Design in Pasadena (US, 2010–11). She has also been awarded several fellowships, such as at the Cité Internationale des Arts in Paris (FR, 2007) and the MAK Center for Art and Architecture in Los Angeles (US, 2002). Her work has been the subject of solo exhibitions at Las Cienegas Projects, Los Angeles (2011); BAWAG Contemporary, Vienna (2009); Kunstverein Medienturm, Graz (AT, 2008); and Landesgalerie Linz (AT, 2007), amongst others. Nimmerfall has also exhibited internationally in group exhibitions, including at Skirball Cultural Center, Los Angeles (2014); Kunsthaus Graz (2012); Kunsthalle Mainz (DE, 2011); Kasseler Kunstverein (DE, 2009); Bildmuseet, Umeå (SE, 2008); Camera Austria, Graz (2007).