Press images in JPG format at 300 resolution can be obtained on request by mail to: exhibitions@camera-austria.at 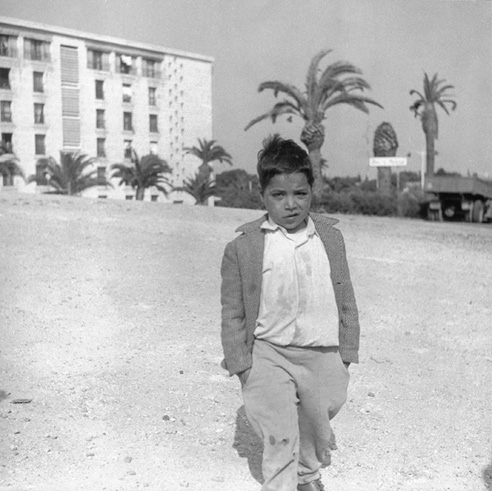 The exchange between Camera Austria, Graz, Franz Schultheis / Foundation Pierre Bourdieu, St. Gallen, and the French sociologist Pierre Bourdieu between 2000 and 2002 led to a comprehensive project: he entrusted his entire archive of photographs taken during his fieldwork in Algeria between the years of 1958 and 1961, and representing, as he noted, his earliest and at the same time his most topical work, to Camera Austria with the intention of exhibiting and publishing these photographs for the first time. In collaboration with Bourdieu who unfortunately died in 2002, and Franz Schultheis, Fondation Bourdieu, the photographic documents were looked through, structured and related to the ethnographic and sociological studies Bourdieu carried out in Algeria during the same period.

Representing mainly ethnographic primary material, these photographs must be viewed and interpreted in relation to the specific scientific interest underlying the choice of subject, the angle of view, the inclusion of context and the resulting construction of the object to be captured, if one does not want to indulge in an ahistoric aesthetic purism and to ignore the social meaning and political significance of these images. They are „framed“ by their very conditions of production, operating in a specific socio-historical context which they aim to document or, in Bourdieu‘s term, „objectify“ in a particular way.

All of Bourdieu‘s fundamental themes of sociology are already present even at this early stage: he addresses the subliminal rules of exchange, the social embedding of economy, the relation of temporal structures to rationality, the symbolic orders of society, as well as the hierarchies between the sexes, generations and social classes. His photographs serve as a catalyst for carving out the different thematic complexes found in Bourdieu‘s theoretic works.

His groundbreaking fieldwork, now supplemented for the first time by his photographs, provides insight into the nascent state of his sociology. Apart from this dimension of shedding light on the evolution of Bourdieu‘s work, his images also comprise an impressive socio-historical document. They testify to a society full of uneven developments where people still have not overcome their homeless and uprooted situation their alienation from both tradition and modernity. Maybe it is Algeria‘s tragedy that even after four decades these images have still lost none of their topicality and realism.

“With the same understanding view of the ethnologist with which I regarded Algeria, I could also view myself, the people from my home, my parents, my father’s and my mother’s pronunciation, all re-appropriating it in a totally undramatic manner. This is one of the greatest problems of uprooted intellectuals when all that remains to them is the choice between populism and, on the contrary, shame induced by class racism. I encountered these people, who are very much akin to the Kabyles and with whom I spent my youth, from a perspective of understanding that is mandatory for ethnology, defining it as a discipline. Photography, which I practised first in Algeria and then in Béarn, undoubtedly contributed a great deal to this conversion of my perspective – and I don’t think this word ‘conversion’ is too strong. Photography, you see, is a manifestation of the distance of the observer, who collects his data – and is always aware that he is collecting data – but at the same time photography also assumes the complete proximity of the familiar, of attention, and a sensitivity with regard to even the least perceptible of details. Details that the observer can only understand and interpret thanks to his familiarity (and do we not say that someone who behaves well, is ‘attentive’?) and a sensitivity for the infinitely small detail of an act that even the most attentive of ethnologists generally fails to notice. But photography itself is equally interwoven with the relationship that I have had to my subject at any particular time and not for a moment did I forget that my subject is people – human beings whom I have encountered from a perspective that, at the risk of sounding ridiculous, I would willingly refer to as caring, often touched.”