The laudatio address will be held by Maren Lübbke-Tidow.

The award will be presented by Lisa Rücker, City Councillor for Cultural Affairs. 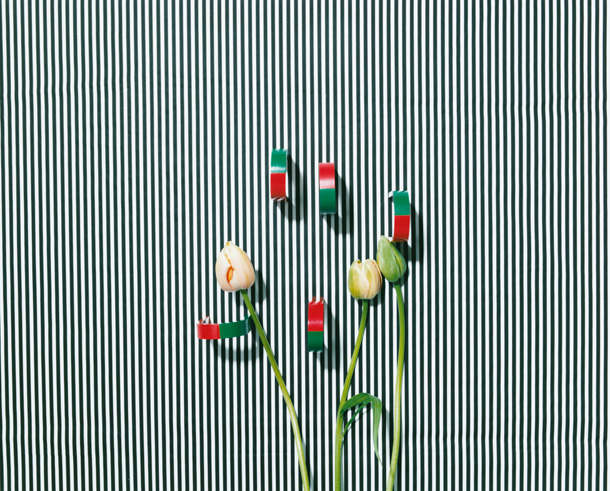 The jury founded their decision to honour Annette Kelm with this award on the following statement:
“Annette Kelm’s intricately produced images are bound to a history of photography—not only as a medium, but also as a practice, a concept, and a provocation to old and new media. Her photographs, which may at first seem like simple gestures, on further examination reveal a broad set of transcultural references, often deploying humour to critique the acceleration of mass-produced consumerism, or the transience of our sociopolitical allegiances. While exploring the continued potential of the photographic medium, her work posits a sophisticated retort to the mainstream politics of representation and endless reproducibility heralded by the digital and post-digital era. Instead of escape into nostalgic futurity, she gives us a rigorous and critical study of presentness.”

Our interest in Annette Kelm’s artistic activity is sustained by her continuity in making pictures, which has always drawn on her cultural environment—people, objects, artefacts never assume the function of pure indices but rather become independent arrangements, “for all those who behold her pictures tend to grapple with the motifs” (Maren Lübbke-Tidow). So it is this contradiction between literalness and mystification that, in our eyes, makes her works appear exemplary for a productive occupation with present-day contexts related to photography.

Annette Kelm, born 1975 in Stuttgart (DE), lives and works in Berlin (DE). Her work has been presented in solo and group exhibitions at international institutions, including MoMA, New York (US, 2013); Presentation House Gallery, Vancouver (CA, 2012); Städel Museum, Frankfurt / Main (DE, 2012); KW – Institute for Contemporary Art, Berlin (2009); Kunsthalle Zurich (CH, 2009); and Witte de With, Rotterdam (NL, 2008). Her artworks are in important art collections such as MoMA, New York; Centre Pompidou, Paris (FR); Kulturstiftung des Bundes (DE); Tate Modern, London (GB); and Collection Verbund, Vienna (AT). Annette Kelm participated in the 12th Istanbul Biennial (TR, 2012) and in the 54th Venice Biennale (IT, 2011). She will have a solo show at the Museum of Contemporary Art in Detroit (US), curated by Jens Hoffman, in 2016.