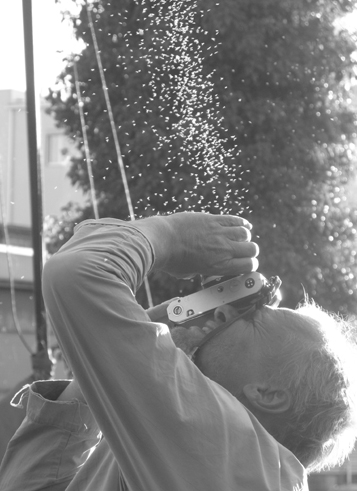 The jury founded their decision to honour Jochen Lempert with this award on the following statement: “Jochen Lempert (b. 1958) has a degree in biology and since the early 1990s has been devoted to work characterized by the correspondence and contextualization of individual photographs in larger groups. The perception of nature and animals in systems of representation used in scientific research here involves the individual observation of the world of flora and fauna within an environment configured by humans. Analogue black-and-white photographs give rise to a fascinating and complex, yet inevitably incomplete inventory of morphological studies that confronts the taxonomic classification of animals and plants with very subjective documentation. Phenomenology and research-based comparison meet here, especially in the idea of the photographic ‘trail’, which understands photography as a documentary medium of movement and change, as well as of reconstruction, development, and demonstration of correlations. Cross-references, associations, and correspondences within the grouping of individual photographs with an accentuated object nature also grant new perspectives on our own place within those structures of order and chance so characteristic of our world. In this sense, Lempert’s work unleashes a wealth of visual poetry that is reflected by distinctive visual language, which, not least, gives his oeuvre a unique position within contemporary photography.”