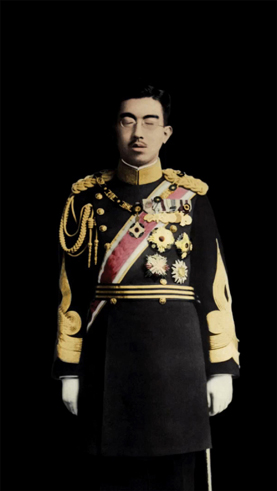 The exhibition by the Japanese artist Tetsugo Hyakutake, born 1975, leads back into history in a twofold way. On the one hand, he analyzes Japan’s history since World War II and how it has affected current identity formations within the country, which, for many decades, has been under the influence of the West, most especially the United States. The artist seeks to pursue a past that relates to issues of colonization, war, and other decisive historical events—themes that reflect on current issues of identity in Japanese culture and on the relationship between past and present, as well as the fractures between individual and collective memory. The artist juxtaposes archival material with his own photographs and negotiates various levels of temporality within the photographic dispositive. He often applies a special technique by treating photographs with chlorine to make them appear like historical documents and thus provokes an ontological leap between different realities—always raising the question of how Japanese identity and thought have come into being.

On the other hand, the project leads into the history of Camera Austria: already in 1975—at the time still in the Galerie Schillerhof in Graz, curated by Manfred Willmann—a solo exhibition presented works by Masaaki Nakagawa, and in the same year works by Seiichi Furuya. It was due to Furuya’s mediation and knowledge that other important exhibitions of Japanese photography were realized in Graz, for instance by Toshimi Kamiya (1978), Daidoh Moriyama (1980), Hitoshi Fugo (1982), Shomei Tomatsu (1984), and Nobuyoshi Araki (1992). Ultimately, a new exhibition space was inaugurated in the Eisernes Haus with an exhibition of Japanese photography. The upcoming exhibition curated by Walter Seidl takes up such moments of very specific intercultural exchange about contrasting visual cultures and at the same time intends to facilitate discourse on a political level.

By referencing Japan as a kind of empire established following Western economic and cultural models, Hyakutake is also referring to a hyperreality construct that on the one hand made Japan a global economic power, but that on the other was (and still is) characterized by an excess of identification and by reworked identities. Hyakutake is concerned with the wide-ranging reflections that situate the Japanese subject both inside and outside of the country, somewhere between a self-contained entity and a US-determined cultural and economic being. Moreover, his work focuses on industry and the infrastructure of contemporary society, through which the artist seeks to decipher recent Japanese history and culture. A conflicted relationship with historically relevant sites comes across in his images of a multilayered visuality, which testify to an uncertainty as to their structures of representation. Hence, Hyakutake’s photographic output has an ephemeral, fleeting quality that poses questions about its subjects of representation. In between document and fiction, his images depict monuments that are part of Japanese history yet suffused with rays of light which blend history with the individual’s mortal coil.

In the present day, “the West” is once again faced with questions of personal identity and that of the “others,” perhaps now more intensely than ever before, and with the issue of what makes us members of society. Boris Buden expresses this as follows: “Is it social justice or cultural identity, god or private property, ‘our values’ or ‘their threat’?” In this present, Hyakutake’s work confronts us with the identity-political consequences of the many interventions and presences of this “West” in other regions of the world. So maybe his projects not only revolve around questions of Japanese identity and their transformation since the end of World War II; perhaps the artist is instead, to a certain degree, confronting us with part of “our” share in this fostering of identity.

Hyakutake views his works as contributing to the history of a country that has been disrupted by the same power it once nested upon. To this end, he culls his images from, among other places, archives whose relevance has been fading in the wake of the country’s excelling in economic grandeur, while at the same time trying overcome failure as a non-existent phenomenon in everyday Japanese culture and thought. In the end, the question remains as to how the suppression of this failure behaves in relation to our very own failure to see the world with different eyes and as a place populated with other identities than our own.

Tetsugo Hyakutake was born in Japan in 1975. A graduate from of the University of the Arts in Philadelphia (US), he obtained a Master of Fine Arts master’s degree of fine arts from the University of Pennsylvania, Philadelphia, in 2009. Hyakutake has exhibited in Tokyo (JP), Philadelphia, New York (US), Madrid (ES), Singapore (SG), and Taipei (TW). His work has been acquired by various corporate and public collections, including BlackRock (Philadelphia), Fidelity Investments (Boston, US), the Library of Congress (Washington, D. C., US), and the Carnegie Museum of Art (Pittsburgh, US). After participating as residence artist at the ISCP in New York from 2016 to 2017, Hyakutake is currently based in Japan.